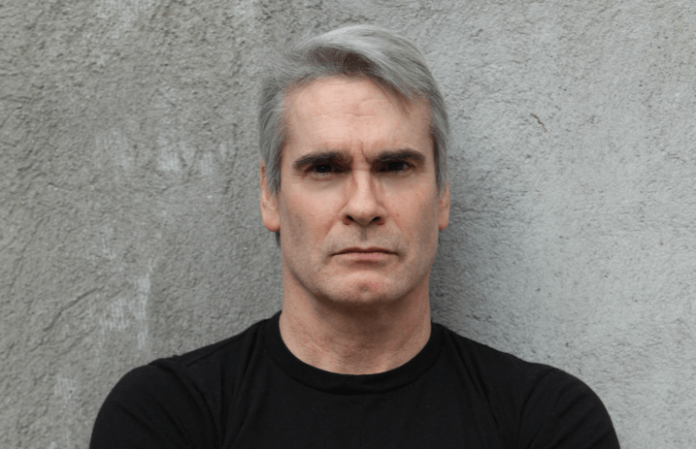 [Photo by: Heidi May]

Henry Rollins is a bona fide punk-rock legend in the music industry. After joining the pioneering hardcore band Black Flag in 1981, he became known for his untamed performances fronting Rollins Band as well as many solo spoken-word tours  fuelled by  his abrasive, yet charming personality. He’s notoriously known for his no-bullshit attitude and this stance spills over into all that he’s passionate about. After chatting with him about his involvement with the newly announced Sound Of Vinyl platform, it’s obvious that vinyl and analog music are among some of his greatest passions.

Read more: Sound Of Vinyl sends you all of your favorite records with just a text

Sound Of Vinyl is a one-stop shop for all things vinyl. More than just an online record store, its intent is to be a living, breathing vinyl community. Though still in the early stages, Rollins promises it’s going to be a big deal. “What you’re seeing is the thing in a state of evolution,” he says. “What you’re going to be seeing is you go to the site and absolutely, we’re there to sell records and really good ones, but beyond that is education and information. I have been interviewing really interesting people about vinyl and about aspects of vinyl.”

Rollins was brought into Sound Of Vinyl to create content for the site, which will include written essays as well as interviews with the some of the pros who work in the vinyl industry–whether it be pressing records, mastering them or engineering them. He is also one of the site’s featured curators, sharing LP recommendations with its users. A self-proclaimed “vinyl nerd,” Rollins was into the idea of SoV from the start, and while interest in vinyl has ebbed and flowed over the years, Rollins’ love for it never faltered.

“It’s like a botox or breast augmentation: I know what you’re trying to do, but you fool no one.”

“I grew up going to record stores, hanging out with my friends on a Friday night and playing records where you hung out with other vinyl nerds,” Rollins recalls. “I think a lot of young people–no fault of their own–they’ve never had the chance to value a record because they either get it for free, it’s a stream, it’s a [CD] that you can brutalize and still keep playing, or it’s on your phone. I want something in your hand that you actually value, and when you put in on, it’s going to sound better than anything you’ve ever heard.”

The  debate rages on about whether analog music sounds better than digital, but unless you’re deaf, it’s not even a contest, Rollins insists. It makes total sense: Vinyl emits cleaner, crisper and clearer frequencies than its digital counterparts, which includes CDs. Perhaps to the untrained ear it might not seem like much of a difference, but for audiophiles like Rollins, “[the] CD is an hors’ d’oeuvre. It’s kind of like a, ‘Hi, how do you do?’ but it’s not the music itself. It’s like a botox or breast augmentation: I know what you’re trying to do, but you fool no one.

“If you patiently listened, you’d always pick analog [over CD], trust me,” he continues. “Because one is going right into your bone marrow, and the other one is just parking in the parking lot of the strip mall next to you. One is an advertisement of what the music could be, and the other is the music itself.”

“One is an advertisement of what the music could be, and the other is the music itself.”

In the era of Spotify, Apple Music and the like, digital music is both convenient and space-friendly. As the ominous “cloud” looms above for all to access, literally millions of songs can be accessed anywhere, anytime, without taking up an inch of space in the living room or on the already-packed bookshelf, not to mention it hardly puts a damper on your wallet with reasonable subscription fees. Still, there’s something about the inconvenience of a record–holding it in your hand, putting it on the turntable and dropping the needle–that’s romantic.

“In my opinion, music has been devalued in the the last three decades because of digital, where you can  run a CD over with your car and it’ll still play,” Rollins says. “I like the idea that records are expensive and inconvenient and fragile. I love the fact that you have to value these things, that if you play them well, they’ll serve you faithfully. If you play them mean, they’ll reflect your ignorance or haste by scratched vinyl. It’s a pain in the ass, and I love it.”

“If you play them mean, they’ll reflect your ignorance or haste by scratched vinyl. It’s a pain in the ass, and I love it.”

The vinyl resurgence over the past several years has certainly sparked curiosity from some. Events such as Record Store Day (which Rollins heartily endorses) hearken back to a time when people lined up at midnight to pick up the new record from their favorite band. It’s this spirit that Rollins hopes Sound Of Vinyl will help to recapture.

“There’s a lot of places in America where they have one record store in a strip mall, and that strip mall is gone. I know people who drive 20 miles to see a show, and 15 miles to a record store,” he says. “They’re used to it. I want a record store that pops up on my cellphone. We are looking to not only sell records, but to educate, to illuminate, to turn people on and to make them insanely curious.”

Read more: Harry Potter soundtracks to be released on vinyl