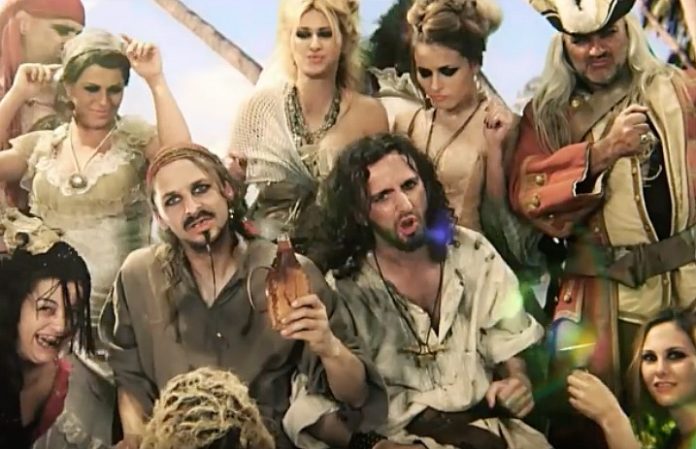 We’re all about subgenres, but sometimes they just get weird. Don’t believe us? The following are all real ways to categorize different shades of metal. Just try explaining “pirate metal” to your parents…

Cosmic, atmospheric and progressive metal combined with deathcore has given way to this new extraterrestrial genre filled with technicality and brutality.

Band: Rings of Saturn
Other examples: The Faceless, Enterprise Earth, the Zenith Passage

This genre is born from new-school bands building on black metal with post-rock, post-hardcore and shoegaze—as you can probably tell the name.

Swedecore is Scandinavian-style metal played by non-Nordic bands. Typically defined as melodic death metal, it was pioneered in Scandinavia and evolved into melodic metalcore as it became popular and recreated in the United States.

Band: Bleeding Through
Other Examples: Devildriver, Himsa, Trap Them

This subgenre of folk metal was created in the late 1980s when the German heavy metal band Running Wild released the album Under Jolly Roger. Pirate metal blends folk, thrash and speed metal with pirate-themed lyrics.

Heavy metal that encompasses latin themes such as Spanish vocals and salsa rhythms. Pioneered in the ’90s by bands like Sepultura.