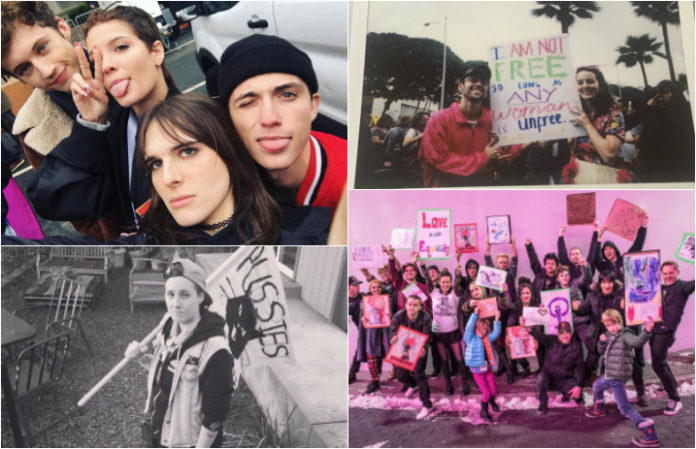 Yesterday, millions of people took part the Women’s March On Washington—and in similar marches around the world—to send a bold message to the newly elected U.S. president and cabinet.

Many artists participated in the event and shared a message of unity on social media. See some of the best moments below.

stand together!! from poland with love!! support our sisters! #millionwomanmarch !! #interupters

Proud to have been a part of #womensMarchOnChicago today. Radical to see so many people take to the streets today! pic.twitter.com/mRKFFZ82Jn

Just a couple two, three people here. It was pretty uplifting to be with 500,000 people who all feel how you feel. Such a positive experience. #womensmarch #womensmarchonwashington

THOUSANDS in oakland. MILLIONS across america. MULTI MILLIONS around the world. #womensmarch

It felt great to be involved in a crowd full of progressive and mindful people. #BostonWomensMarch pic.twitter.com/NlC60Gpi9T

History has its eyes on you.