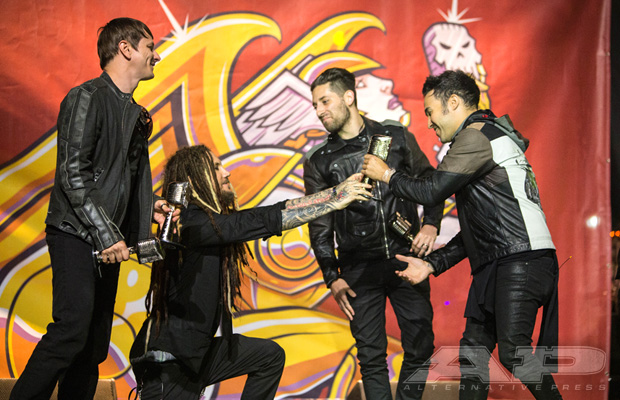 The Gibson AP Music Awards, fueled by Monster Energy Drink, kicked off with bang yesterday (July 21) in Cleveland, OH. If you weren’t able to attend and missed the show on TV, we’ve assembled the full list of winners below. All in all, it was a pretty even spread, with Pierce The Veil taking home the most wins (three) and Bring Me The Horizon and All Time Low tied for 2nd place (each with two wins). Check out the full list of winners below, and let us know what you think of the results. (Photo: Graham Fielder)

Song Of The Year presented by Epitaph Records – All Time Low w/Vic Fuentes of Pierce The Veil, “A Love Like War”

Album Of The Year presented by Journeys – Bring Me The Horizon, Sempiternal

Artist Of The Year presented by Monster Energy – Fall Out Boy