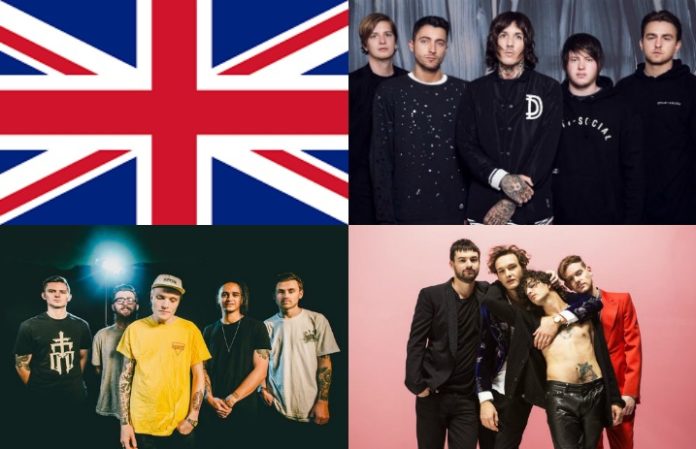 Today, a referendum, or vote, is being held to see whether or not the United Kingdom should remain part of the European Union. Music might not be on the forefront of the campaign, but a vote to leave can mean drastic changes to the European music scene.

That means your favorite British bands—like The 1975, Bring Me The Horizon, Neck Deep and more—would be affected by the vote.

What it is
The UK is a part of the EU, which is a group of 28 countries that work together economically. This means that people and goods are able to move easily from country to country, just like traveling between states in the U.S.

Why it concerns your favorite artists
Statistics show that music is one of the biggest influencers on Britain’s economy: In 2014, the music industry generated £4.1 billion (or $6 billion) in revenue, with £2.1 billion (or $3.1 billion) coming from exported music.

Currently, bands are able to travel easily between EU member nations, which include Germany, France, Ireland and Spain. A vote to leave could increase travel costs, make buying and selling merch to countries outside the UK more difficult, affect the number of bands who are able to tour the European festival circuit and, most of all, severely hurt up-and-coming acts who rely on travel to expand their market.

Artists are speaking out about the effects of the vote, encouraging fans to vote and make a difference for the future of the UK:

Tomorrow could be one of the last days any British band crosses freely into Europe. If we leave the EU, euro tours will be near impossible.

Please use your votes wisely today. Your future depends on it.

Today is super important. If you have registered to vote please go out and vote. Every voice needs to be heard. #VoteRemain

Why it concerns you
As fans, the effects are just important. Today, it is both easy and common for fans to travel between countries for a show. In fact, 26.7 million visits were made to UK for live music events in 2014—a pretty massive number.

With UK-based artists finding it more difficult to leave the country, that means fans in EU member nations won’t be able to catch their favorite UK-based bands as easily, and vice-versa. In the U.S., this would be comparable to a band touring and building their name solely in their own state. This also affects the costs of shipping merch and could make it harder for fans to support the scene.

Voting is open to UK residents until 10 p.m. GMT. Be sure to play your part in deciding the future of the UK.