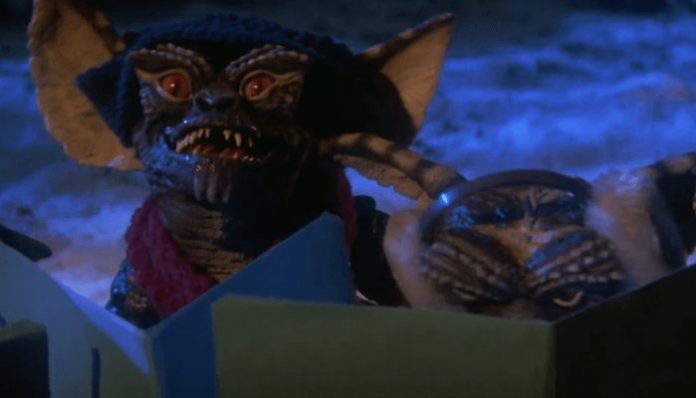 The holiday season is filled with a never-ending list of nice movies to enjoy while cozied up under your favorite blanket. But if you’d rather watch something that will land you on the naughty list, Hollywood has some great options for you to choose from.

Before we get into the main chunk of this article, one question needs to be addressed: Where the hell are the non-Christmas horror movies? There’s an absolute glut of Christmas horror movies to enjoy, but if you don’t celebrate a large, bearded man sneaking down your chimney to leave presents under your tree, you’re out of luck.

The single example that turned up during a lengthy search online was what looks like an unfinished trailer for Hanukkah, a “Torah-fying new tale of horah” that apparently fizzled out before it ever came together enough to warrant a release. But look at that tagline! It meets the most important holiday horror movie criteria: puns. The potential is there!

It’s possible that, because non-Christian holidays are still treated with a sense of religious dignity rather than aggressive commercialization, they don’t have the same avenues to the big screen necessary to turn themselves into bloody spectacles. Who knows, maybe the Holiday Armadillo will gelt angry and make a little dreidel out of pain.

Dysfunctional family gatherings are a staple for the holidays, but murderous nail gun-wielding gingerbread men aren’t. Krampus tells the story of the Austro-Bavarian folklore figure of the same name who punishes children who have misbehaved. With some heavy star power—most notably Adam Scott, Toni Collette and David Koechner—to push this movie along, it’s a great way to remind yourself of the importance of holiday cheer and the Christmas spirit.

Despite a terrible opening premise—finding a mystical creature in an antiques store in Chinatown—Gremlins is more than just a great monster movie. It’s a great lesson in taking good care of your pets. While your cat isn’t likely to start a murderous rampage through the middle of town, ignoring basic care instructions is a bad idea when you’re caring for a living being. Gremlins also marked the start of writer and future director Chris Columbus’ incredible career. It’s one of his few writing credits, but this movie, along with The Goonies that came out the next year, is a great one-two punch to start out on.

Stephen King’s best adaptation—or second best, depending on your opinion of clowns and children—doesn’t take place on a specific date, but the wintery setting is perfect for the holiday season. Looking back at the initial reviews of the movie, it’s hard to see why it was so aggressively panned by critics, even earning director Stanley Kubrick and actress Shelley Duvall a pair of Razzie Award nominations in that award ceremony’s first year. Pay no attention to these terrible hot takes—The Shining eventually received the recognition it deserved, and remains among the greatest horror movies ever made.

There’s a reason movie trailers aren’t four-plus minutes long, but even poor promotional decisions don’t stop Black Christmas from being a suspense-filled good time. It received mixed reviews from both critics and fans when it was released, but the writing and plot twists peppered in throughout the movie allow it to hold up decades later.

There’s a 2006 semi-remake, but it was produced and written by James Wong, one of the people responsible for the flaming trash heap of a movie known as Dragonball Evolution, and he should not be included in any holiday celebration.