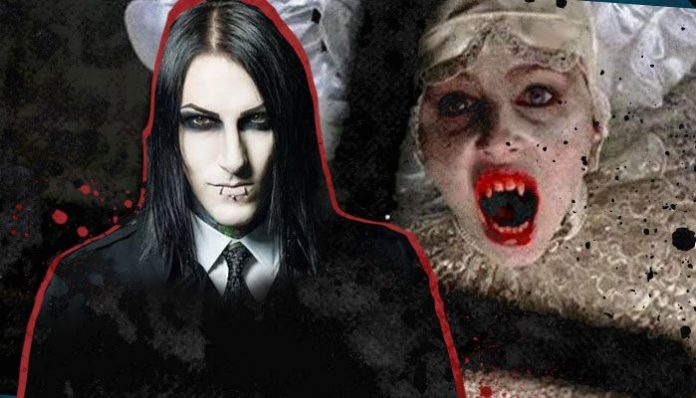 Horror movies have influenced every aspect of culture outside of their own genre, but music has been touched by these films more than any other facet of society. From the aesthetic to the stories and the characters, these films are a huge influence on musicians spanning across hip-hop, metal, rock, punk and everything in between.

Take a look below for 10 tracks with classic horror movie samples.

Read more: You can now get Insane Clown Posse to chase creeps out of your DMs

White Zombie songs could easily make up a list of their own with how many horror film samples the band jammed into their music, but “Spiderbaby (Yeah-Yeah-Yeah)” is one of their best moments. The outro’s almost psychedelic breakdown features some eerie chanting that was ripped straight from The Exorcist.

Motionless In White have proven their dedication to horror films through everything they do. However, they really showed their devotion through the samples on “We Only Come Out At Night.” The band sneak in some sounds from Bram Stoker’s Dracula while giving small nods to the film in their lyrics as well.

The intro to Municipal Waste’s “Guilty Of Being Tight” probably isn’t as recognizable to casual horror fans as a quote from Halloween or Friday The 13th is, but the Phantasm reference is solid nonetheless. The band deliver a quote from the film right before tearing into their thrash assault. While the sample doesn’t really have anything to do with the actual lyrics, it’s a super-fun way to start things off.

The Texas Chainsaw Massacre sample used in Nine Inch Nails’ “Reptile” is subtle but rewarding once you discover it. It pops up around the five-minute mark from a scene in the film where the characters Kirk and Pam are looking for a local watering hole prior to the chaos to come. It’s such a small detail that you would miss it without repeated listens.

Ministry were well known for jamming tons of horror samples into their music. The almost robotic voice saying “The mind is a terrible thing to taste” that cuts through the stabbing electronics on “Cannibal Song” is a prime example of their subtlety. The Hellbound: Hellraiser II quote has been sampled by a number of bands in varying genres over the years.

Read more: Here’s all of the horror movies to terrify you on Shudder in April

Slipknot’s self-titled album is filled with weird samples from films and other songs, but the quick inclusion of a quote from Videodrome at the beginning of “Eyeless” is a sweet addition. It’s very quick, and you’d be forgiven for missing it as it shows up for less than a second amid Sid Wilson’s DJ scratches in the intro, with the line “Ease yourself back into consciousness” slipping its way in.

Gorillaz paid homage to George A. Romero’s classic Day Of The Dead with their track “M1 A1” in a not-so-subtle way, and if you’re a fan of Romero’s zombie flicks, this is pure gold. The track samples the constant call-outs of “Hello, is anyone there?” featured in the film’s intro all throughout the track and builds itself off the eerie synths from the movie.

Travis Scott may not seem like the most likely person to be interested in dark and eerie entertainment, but his love for Marilyn Manson and sampling of Candyman proves otherwise. “The Prayer” uses the theme for the film as the backing for his beat, giving it a creepy vibe for him to lay down lines over.

Iconic electronic act Skinny Puppy ooze horror movie vibes, and their dedication to putting that at the forefront of their music comes out in some of the best ways. “Who’s Laughing Now?” isn’t just titled by a line from Evil Dead 2—it features a few film samples throughout the track, too.

You won’t find the sample on the regular version of Coheed And Cambria’s “Junesong Provision,” but the demo features the iconic “boomstick” line from Army Of Darkness. The song gets off to its usual start, but before getting too far, the sounds of Ash’s voice screaming about his shotgun cuts through to give listeners a good laugh.