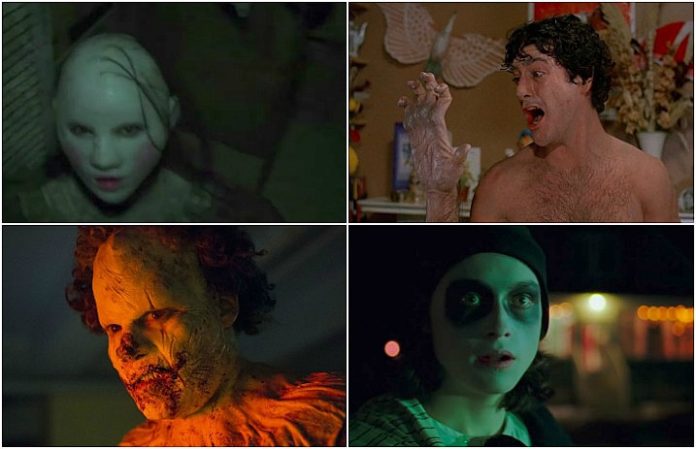 With the rise of streaming services, afternoons spent browsing Blockbuster’s shelves for a great Saturday night horror flick have been replaced with incessant clicks on a screen. However, to make that latter, monotonous process go faster, we’ve listed out some horror movies streaming on Netflix, Amazon Prime and Hulu that you need to watch this weekend.

An American Werewolf In London (1981)

An American Werewolf In London is a genre classic, boasting one of the most famous transformation scenes in horror movie-makeup history.

Read more: ​Bands share the scariest thing that’s ever happened to them

Instead of following a supernatural trail, this found-footage horror film depicts a town whose population is overcome by a terrifying mutant parasite that lives in the Chesapeake Bay.

This decent reboot of the 1980s slasher sees protagonist Tom return to his hometown just in time for the 10th anniversary of an infamous Valentine’s Day massacre.

Two friends embark on a yearlong trip around the world, which starts out great, until one starts exhibiting some frightening powers after a one-night stand gone wrong.

The Haunting In Connecticut (2009)

Purportedly based on a true story, this tale about a mom who moves for her sick son breaks all the typical haunted-house boundaries to create a satisfying and scary result.

The Returned flips the traditional zombie story on its head: In a post-apocalyptic world, those infected live normal lives—until their antidote starts to run out.

In an attempt to find his missing sister, a man and his friends venture into Black Hills Forest in Maryland that's believed to be inhabited by the Blair Witch. (Also on Hulu.)

Not quite an anthology, Southbound is a strange mix of a few stories that intertwine along an eerie strip of highway.

The inn is closing down, but there’s still time for its haunted past—a suicidal bride, whose body was apparently hidden in the basement, in particular—to rear its ugly head.

Iconic for single-handedly launching the popular zombie genre, George Romero’s Night Of The Living Dead was many horror enthusiasts’ first glimpse of the dead coming back to life.

CONTINUED ON NEXT PAGE: HULU