In preparation for their debut album release and upcoming tour, House & Home are exclusively announcing the LP and signing with the premiere of their brand-new music video for “Heatseeker” exclusively with AltPress.

The DIY-loving band bring a fresh take when criticizing music industry power dynamics by using the metaphor of an older and younger brother in their latest visual. The three-piece shared “Heatseeker” and more about their upcoming album Find Sense. Feel Love. Make Light. as well as what to expect this year from House & Home.

Who or what has shaped your musical sound the most?

We all grew up going to shows and listening to music that was coming out of Richmond. The biggest thing for all of us was realizing that being in a band wasn’t some unattainable pipe dream. Seeing local shows in clubs in the city and realizing that your friends are doing the one thing you want to do more than anything gave us the confidence to go after it when we were all pretty young. What you hear in our sound is just a result of years of writing and playing with no other goal in mind than to play alongside some of our favorite Richmond bands. It spiraled from there into what it is now.

Tell us the story behind the song. What influenced “Heatseeker”?

When you’re involved in the music industry in any capacity, especially when you’re in a small band, you realize there are people who assume that they can take advantage of you. You want to assume that everyone wants to help you and has the best intentions, but the harsh truth is that’s not always the case. The song is about feeling like somebody has the upper hand and feeling helpless in your situation. It takes a certain mindset to push through that, and the song was inspired by the process we went through to get to a place where we realized that we had to keep pushing.

What inspired your music video concept?

We wanted to explore how the concept of the song could relate to a completely different situation. The dynamic between an older brother and younger brother seemed like the perfect way to do that. When you’re growing up, there can be a pretty obvious power struggle between you and the kids that are older than you, whether that’s an older sibling, an older friend or anybody that you feel the need to prove yourself to. We felt like the idea of a younger brother fighting with and eventually beating his older brother was a great way to illustrate the idea behind the song.

What was the hardest part about shooting the video and recording the song?

The song went through countless changes in the studio while we were recording it. We must’ve spent at least eight hours sitting in the studio with our producer Will Beasley just on preproduction for this one song, tweaking things and changing ideas until we had something we all felt was better than what we came in with. This was also our first time working with young actors for a video. It was really tough finding younger kids that we felt could act in a way that really got our message across. Once we found them, though, they completely exceeded all of our expectations. We showed up and were immediately blown away by how professional these kids were. Their names are Pete and Bruce, and they absolutely crushed it.

What can fans expect on your debut full-length? How have you continued to progress your sound?

We spent more time on these songs than we ever have on anything before. We really dug deep to figure out what we wanted to say about ourselves and the things we were going through. “Heatseeker” is a really good example of how we tried to find more creative and innovative ways to illustrate where we were when the song was written, and we made sure that concept carried throughout the whole record. Everyone writes about the way they feel in hopes that it will resonate with somebody listening. We’ve tried to do that while looking for new and interesting perspectives to write from. In doing so, we developed a greater understanding of the things we were feeling, and we hope it might help other people see their own situations in a new light when they listen. It’s louder, more honest, at times more aggressive and at times more delicate than anything we’ve done before.

What are your plans for the remainder of 2020? What’s something you hope to accomplish?

The past year has been all about the album. We’ve eaten, breathed, slept and bled Find Sense. Feel Love. Make Light. We’ve worked really hard to make sure we release this new music exactly the way we want to make sure it reaches as many new people as possible. We’ve signed to Open Your Ears Records, we’re booking tours and we’re still writing and demoing out ideas for new songs. The last piece of the puzzle for us is to bring the live show to as many new places as possible. We’ve been so focused on perfecting everything behind the scenes. We’re just excited to get back on the road. We’ll be on tour with Makeshift in early April hitting some cities up north, including a date in Ontario, and we plan on announcing more dates very soon. 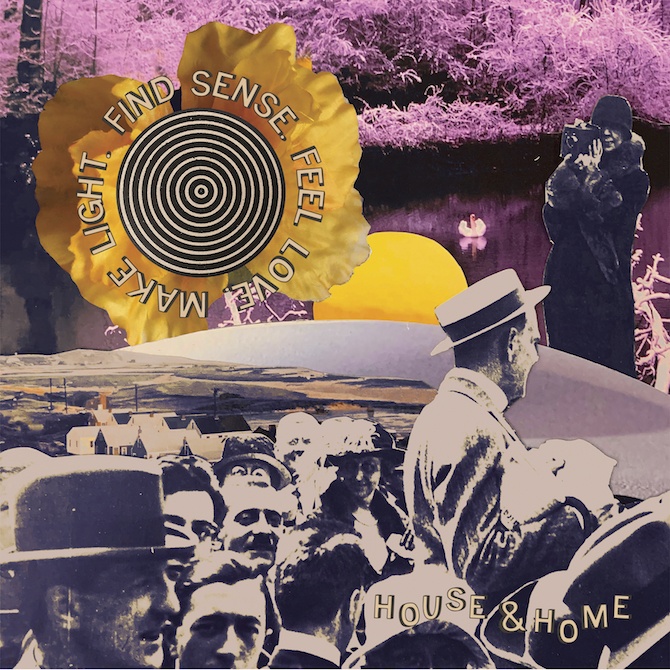