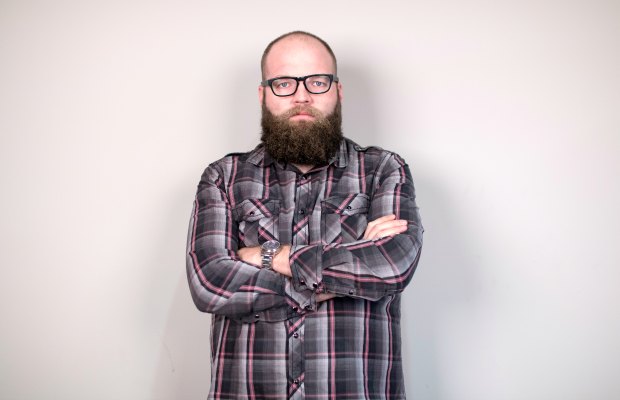 Recently, Jack Conte, one half of indie-pop duo Pomplamoose, wrote an article detailing the band’s expenses and revenue generated from their recent 28-day, 24-show tour, resulting in them making nearly $136,000 but finishing the tour nearly $12,000 in the hole. If you haven’t read it yet, check out Conte’s breakdown of where each dollar went. We reached out to WILL STEVENSON, senior vice president of THE ARTERY FOUNDATION and manager to the likes of This Wild Life, Dance Gavin Dance and others, to get his thoughts on Conte’s article. Here is what he had to say.

Let’s begin with the whole having to rent a van and trailer. If you are serious about being in band and making a living from playing music, then transportation should always be sorted before anything else. You should always be prepared to tour in case anything pops up last minute. This is the music biz, and stuff pops up last minute all the time. I also understand if you don't own a van and trailer, as those are huge expenses. If that’s the case, then Bandago is available in a lot of major cities across the country. In most cases, you can rent a 15-passenger van for a month-long run for about $4,000-$6,000. A trailer from U-Haul will run you another $1,000-$2,000. So at most for a van and trailer rental, you are looking at $8,000 for a month-long run.

It looks like this band decided to go with the “nicer” Mercedes Sprinter which will run you about $8,000-$10,000 to rent for a month. That right there is a waste of money as a 15-passenger van will do the same job as a Sprinter, will be able to hold all of your band and crew and will get you from show to show the same way a nicer Sprinter would. This leaves roughly $14,000-$16,000 spent on production, road cases and backline. Then you have to ask yourself, “Is this production worthwhile? Does it make sense for us financially on this tour?” I'm all for production, as it’s a good way to wow the fans and bring people out to shows. But ultimately it should come down to the actual music, and nothing else. The music is what should be winning your fans over, not your light show/production. Road cases and backline go back to where you should be at when you initially start a band and want to make a career out of music. These are all things you will need from day one, especially if you want to be in a touring band. Road cases are always necessary. So is having all the proper instruments you will need to perform live. The way I look at this is you should have this already and if you don't, then whatever you purchase is an investment towards future tours.

Next, let’s look at the hotel/food expenses. Almost $18,000 spent on hotel rooms and food for a month-long run. Four rooms a night? Do you really need four rooms a night? No, you don't. Rooms can be necessary for showering purposes and the lot, but does each person in your touring party need their own bed? No, they don’t. Its piss-poor budgeting on your part if you feel you need four hotel rooms every night. As you can see, this is very wasteful behavior.

Being on the road isn't easy, and when you are on the road, you have to make sacrifices knowing you won’t be in the most comfortable position each night. So if I do the work and break down four hotel rooms at $100/night average over 28 days, you are looking at $11,200 in hotel expenses. So you spent the other $6,000 on food. Why would you spend that much money on food over a 28-day period? Your booking agent should have a catering budget in every contracted show they book for you. A lot of venues offer a meal to bands before they play, and if they don't get a meal, then they will get a buyout from the catering budget. This is usually enough to cover one meal a day, assuming you are toughing it out and eating cheaper (maybe not as healthy) food. Once again, if you are on the road you will have to make certain sacrifices, and a lot of time that means not eating the best food for you all the time. But you want to be a musician for a living! So you will find a way to make it work.

“If you are killing yourself financially, eventually it could lead to the end of your band.”

There’s not much you can do about gas expenses. As gas prices rise, it becomes more and more expensive to tour. That’s usually one of the only costs you will have to eat while on the road. Just make sure your driver is doing so efficiently. Driving in the right lane, not speeding and being aware that when you drive a big van that’s pulling a trailer, you are going to eat up more gas than if you were touring in a Geo Metro.

The band paid $5,445 for insurance, which I assume covers liability as well as collision, etc. A lot of Warped Tour bands (that actually do need insurance because kids tend to be a little more violent at those types of shows via moshing and crowd-surfing) have insurance that runs roughly $5,000 a year, depending on the band. This insurance will last an entire year, so if you are paying this $5,000, it’s a yearly expense and not something you will have to pay every single tour. If you are paying this expense every single tour on insurance, you are getting ripped off.

Salaries/per diems is the largest expense in this article and also the most avoidable. I understand crew members need to get paid, especially for front-of-house engineers and tour managers as they aren't members of the band and won't see dividends from the band as it grows. But why would the rest of you and your band need salaries? If you aren't making the money, why would you pay it out to people? Salaries/payout should be discussed at the end of tour when you figure out what profit you have made as a band after all expenses are taken care of. It blows my mind that a band would set aside money for themselves when they don't even know if they are profiting each night.

Regarding per diems, $20 is pretty pricey when you “aren't making any money.” Maybe cut down the per diems to $10 a day, and have your band/crew rely on catering budgets/meals at venues instead of demanding $20 each a day, especially if you aren't making a lot of money from the get go. This whole salary expense is massive and totally avoidable if you are just smarter with your money. I could go on about this for hours, but I will move on.

The money spent on merch and publicity is a bit hard to judge, because I have no idea what these people spent on the actual merch, but I will assume $15,000. They made about $30,000 on merch sales, which means they probably ordered more merch than they sold, or they weren't selling their merch for enough money. The profit margins just don't add up, and it seems like they spent too much money on merch to begin with. This is another big red flag, and as a manager, I would never let a band order that much merch unless they had the history to back up those sales. The last thing you want to do to a band is put them in a massive hole from a bunch of merch they ordered and weren't able to sell.

As an artist manager, I am a little biased regarding commissions as I feel the people who help get the tour together should be paid what they are owed. The booking agents deserve all the money they get, because they do a tough job that involves making sure you are not getting ripped off by a promoter and you are being paid for fair worth. After seeing all of these expenses, though—and the overall budget for the tour—this band should fire their business manager. This “business manager” is not doing their due diligence to make sure the band is being smart with their money and not wasting it on dumb expenses. This business manager didn't do their job to make sure this band’s expenses are in order. The business manager will happily take five percent or whatever the agreed-upon rate is and just say “yes” whenever the band asks to spend money on unnecessary things.

It sounds like this band needs a manager to make sure they are making the right decisions. They say that less than one percent of musicians can make a living off of playing music. Bands should always keep this in mind when they decide to make a go with this lifestyle. They also need to realize that in order to do something like this, they will have to sacrifice along the way, whether it’s not getting a hotel room every night, or not paying themselves salaries, even if they are making money.

I'm sure I babbled a lot throughout this, but this whole article grinds my gears. If anything, I hope other bands learn how to not spend their money while they are trying to tour and “make it.” Being on the road is one of the most difficult things to do. It is not a big-ass party, like a lot of people think it is. Its hard work being away from home, sleeping in a van and eating out of gas stations around the country. But if this is really what you want to do for a living, then you will do whatever you have to do to get to that end goal.

It just bums me out to see stuff like this. This band made nearly $136,000 on tour and they come home owing money? That doesn't make much sense to me. I want to see bands be successful. I have a deep love and respect for artists because a lot of them rarely get the amount of credit they deserve. What they do is hard, but if you are killing yourself financially, eventually it could lead to the end of your band.