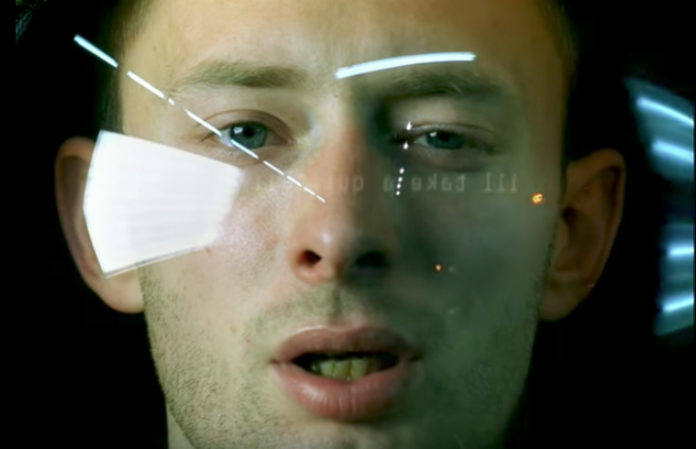 With the 20th anniversary of Radiohead's OK Computer being celebrated this summer, the English band's magnum opus is getting a thorough re-evaluation from all corners of the internet. AP is on the case, taking a look at the heralded 1997 album that both shuttered an epoch and started a revolution in rock.

1. It bridged eras of the concept album

The futuristic OK Computer signaled the wrap-up of the classic rock ‘n’ roll concept record, putting a bookend on a tradition that included apocalyptic '70s platters like Rush's 2112 and the Alan Parsons Project's I Robot. Radiohead's premonition of a digital dystopia came along right before the online transformation of the music industry, all but prophesying listeners' shift to streaming services and song-by-song consumption.

On the other hand, OK Computer provided the necessary adaptations required for the new millennium's concept album acumen. Without it, would we have records such as Nine Inch Nails' Year Zero or Muse's Drones? Hell, even American Idiot's tale of teenage disillusionment owes some small debt to OKC: Green Day's Jesus of Suburbia walks a lonely road, but he'd probably be arrested by Radiohead's “Karma Police.”

2. It made sci-fi in rock cool again

Radiohead's “Subterranean Homesick Alien” beat Blink-182's “Aliens Exist” to the punch by two years. But before Tom DeLonge went into total immersion with extraterrestrial conspiracy theories, OKC theorized that aliens were probably just as lonely and bored as us. “Up above/Aliens hover/Making home movies/For the folks back home,” singer Thom Yorke envisioned on “Subterranean,” evoking a voyeuristic underbelly of the unworldly.

In 1999, Yorke said “Subterranean Homesick Alien” was inspired by a college essay in which he imagined what an alien would think of humanity after first landing on Earth. “If you’re an alien from another planet, how would you see these people?” he said. And, yes, the tune apparently draws its jazzy flow from Miles Davis' legendary album Bitches Brew, while the title is a subversion of Bob Dylan's “Subterranean Homesick Blues.”

Before Radiohead delivered OK Computer, the contemporary beacon of English rock music was Britpop, the early-'90s amalgam of alternative, glam and punk that culminated with Blur and Oasis. OKC threw a wrench in Britpop's reign while paving the way forward with atmospheric indie rock. Do you think Coldplay's Parachutes would've seen the light of day without Radiohead's defining record there to open the floodgates?

Really, OK Computer set off a whole wave of similar-sounding British bands, much akin to the U.S. grunge band explosion that occurred in the wake of Nirvana's Nevermind. Travis' The Man Who, anyone? Muse's first album? Even Swedish band Kent tried their hand at the all-the-rage Radiohead mimicry with two English-speaking albums at the end of the decade: Isola (1998) and Hagnesta Hill (2000).

4. It made music videos death-defying

Somewhere along the way, someone decided that a good idea for the promotional clip of OK Computer's “No Surprises” would be Thom Yorke submerging his head in a giant fishbowl-like orb of water, holding his breath for as long as he could while reciting the song's lyrics from a teleprompter. Like many music videos, it was filmed at double-speed (he only held his breath for about half as long as it appears) but it's no surprise that the final product is harrowing and breathtaking. (Pun not intended.)

5. It gave us Kid A and Amnesiac

If not for the massive critical reception and uncomfortable band reaction (watch Grant Gee's Radiohead documentary Meeting People Is Easy) that came from OK Computer, Radiohead's follow-up material probably would've been very different. Due in part to OKC's indelible rock status, the band did an about-face and delivered two ensuing albums of experimental post-rock and tripped-out electronica. In fact, 2000's Kid A probably birthed an entire subgenre of electro-infused rock music, but that's a story for another time.

What do you think about OK Computer? Is it your favorite Radiohead album? Let us know your take in the comments.