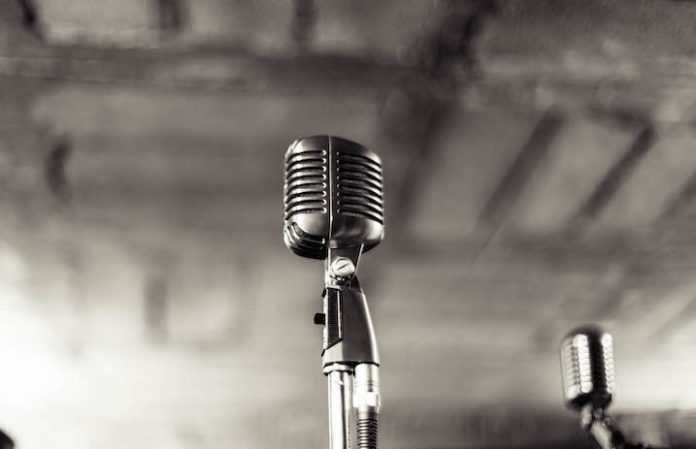 The music industry is a beautiful place, but it can also be a total nightmare. I’ve helped bands become huge success stories, but I’ve also seen bands make some serious mistakes (that destroyed their careers). Below are some cautionary tales to help you navigate the chaotic waters of  the music industry and prevent you from capsizing your career.

Read more: 5 things you should never say to a record label

Local promoters are the gateway for bigger and brighter opportunities for your unsigned band. Having a great relationship with local promoters can lead to bigger show offers — and maybe even the contacts you need to progress your band outside your local scene. Showing up late to your show, canceling the day of or not selling/promoting the show (at all) can burn that bridge pretty quickly.

When working with a new/young band, more often than not they tend to be “punishers.” A punisher is someone who makes a big deal out of nothing or makes the most simple tasks impossible to complete, i.e., “when posting on our Facebook, don’t use exclamation points ever” or “we love the album art, but can you make us 10 different versions?” Being so picky and micromanaging, is counterproductive and makes it impossible to work together.

3. Talking shit on the internet

The quickest way to destroy your career is by running your mouth online. “I hate Attila,” the lead singer of a local band says. Little does he/she know, Attila’s label was scouting them —but not anymore. Even worse is when you pick a fight and it blows up in your face, making you look like a complete moron.

4. Thinking you are owed anything

No one owes your band success. Do we want you to be successful? Absolutely! Having the attitude that you are owed success just for showing up is a great way to ruin actual success. I get it; if you worked at a company for five years, you expect to be promoted. Unfortunately for you, the music industry doesn’t work like that. If you started working at Taco Bell and on your first day expected the customers to serve you, you are probably going to get fired.

You would be surprised how many bands have failed strictly because of how unorganized they are: “We forgot to order merch for our upcoming show” or “we all forgot the password to our Instagram account.” Get organized and get a handle on your business (band). Without structure, you will destroy your career.

So you want to be rich, famous and meet girls? Those are great reasons to start a band! (Not really, though.) Every band face long nights in the practice space, the recording studio and on the road. The commitment and massive amount of time you will need to dedicate to your music is tremendous! I’ve seen many band members leave when that whole “this is an actual job” thing sinks in. Let’s face it: Rock stars just don’t exist (anymore); musicians do, though.

Getting fans takes a while! After years and years of hard work, you start to gain a following, but guess what? Your singer decided to quit. After much arguing, you decide to continue on but under a different name. “We don’t want people to associate us with the old singers’ sound,” they say with a jaded undertone. The resulting name change catches on with 15 percent of their old fans while losing 85 percent who just didn’t care enough to keep up with the transition. I’m not saying a name change will completely destroy your career, but are your band members really willing to toss away those two years of work and start from scratch?

I’ve seen this happen a million times, and it’s a real career killer. Once a band gets management/signed, they check out. It’s the attitude of: “I’m gonna take a back seat while you make my dreams come true.” I once had a band refuse to post on Facebook because they felt it was the label’s job. As I imagine them on tour spending eight hours on the road in a van literally doing nothing, I get pissed. “I don’t think your fans want to see photos of my office,” I tell them, as they proceed to get to level 350 on Candy Crush. At the end of the day, no one will care about your music as much as you. If you don’t care, no one else will.

9.  Not leaving your hometown

If you are a pop-punk band, you already get it. Your city sucks! Well, if the population is relatively low, it does for your music career. My hometown consists of around 50,000 people with a small fraction that will actually go to metal events. While that small percentage are diehard AF metal fans, is that enough fans to propel you to be a huge, massive rock band? Absolutely not. “We blew up because we are only big in Flagstaff, Arizona,” said no band ever. So get out and play markets out of your area/comfort zone. You never know who will turn into a fan once you play for them.

The music industry is very small. The more connections and relationships you develop, the better for your career. I’ve seen tours happen for small bands strictly on the fact the bigger band liked/knew them. So next time you play a show, make friends with other bands! Bands that sit around silent like weirdos get taken as elitists and would be weird to tour with.

11. Don’t bite the hand that feeds (your career)

When your music career isn’t going the way you planned, it’s often easy to lash out at the very people who are helping you: “It’s not my fault my music isn’t taking off with fans, it’s the label/publicist/promoter/agent/manager/A&R’s fault.” In some situations, you might be right, but often your music just isn’t landing. Let’s face it: There’s no formula for making a band 100 percent successful, so thank the people who invested countless hours for your band behind the scenes. Down the line, they just might resurface at another company that you are depending on.

Shan Dan Horan is the president of Artery Recordings. Join him the last Friday of every month as he takes real-time submissions from unsigned bands during Artery’s Live A&R stream on Facebook.