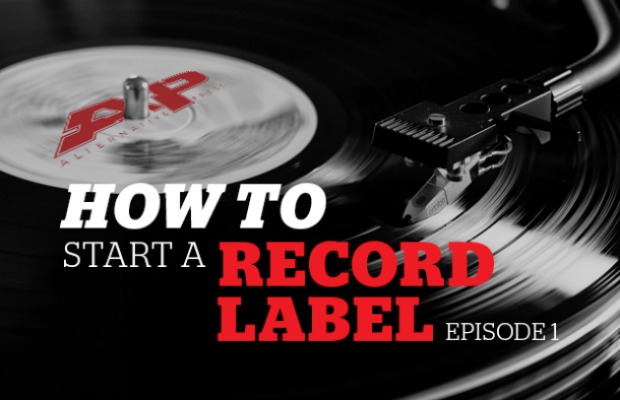 This column isn't going to be about The Office (though I wouldn't mind writing a column about The Office—Matt Crane, lemme know if AltPress is interested), but nonetheless, the first thing you read from me on this website will be a Michael Scott quote, from an episode called “Broke” in Season 5:

“There are certain defining moments in a person's life. The day he's born. The day he grows hair. The day he starts a business. And the day he sells that business back to Dunder Mifflin. What have I learned from all of this? It's far too early to tell. All I know is that I'm flying high and I don't even want to think about it. I just want to enjoy it.”

I was already born, and I do already have hair (not a lot of it), and I have started a business—specifically, a record label called Bad Timing Records, which I run with my partner Zack Zarrillo. We've put out music from artists like Kevin Devine, Knuckle Puck, Sorority Noise, Head North, All Get Out and many other awesome bands. To address the last part of Michael Scott’s quote, I’m certainly enjoying it, as Bad Timing Records is gearing up to near 40 releases by the end of this year, after two and a half years of business.

This bi-weekly column is going to be about how you—yes, you!—can start a record label too. If, uh, that's something you wanna do. I haven't yet sold Bad Timing Records to Dunder Mifflin, but if they made us an offer, I'm sure I would consider it.

How To Start A Record Label, Episode 1: Why The Heck Are We Here?

Let's get one thing straight: We're not here to make any money (at least not for a long while). Bad Timing Records operated “in the red” (business-speak for “we didn't make any dang money”) in our first year, but in our second year, we made a huge leap forward financially. I don't think that leap is particularly typical, and we'll explore that later on, but the point is that the label did make money in 2014, its second year.

We employed one person who handled our mail orders, finances and publicity (Emily is very versatile!), and, on many occasions, we hired out for people to handle art and audio needs. But Zack and I, to date, have taken home $0 from the label—we've actually lost money on the venture, because we've never paid ourselves back for our initial investments from March to July of 2013.

If you want to start your own label, there’s one very important question you need to ask yourself: Why are you here? If that answer includes, in any way, some idea about making money from your label, you're probably in the wrong business. Because chances are that your bedroom-based indie label will never turn a true profit, and if you do manage to end up seeing some profits on one release, you'll probably need to invest that into your next project.

There are other questions you need to ask yourself before you start. For example: Do you want to be vinyl-only? Vinyl is a hugely popular medium now, especially if you're the kind of person likely to read AltPress.com on a regular basis. Are you going to incorporate CDs and digital sales into your business model as well? Do you plan to sign bands that you discover to multiple-release contracts, meaning that you'll work with a specific band for more than just one release? Do you just want to have a record label started and just have that label in your back pocket, so you're able to release some music every now and then when you feel like it?

All of those paths are just fine—that's what makes independent music so beautiful. You are your own boss when you start your company: You're fully independent, you're fully reliant on your own self, and you're ready to take on whatever you want/can. No one's forcing you to become the next Rise or Hopeless Records, the next Fueled By Ramen, the next Run For Cover or No Sleep, or even the next Bad Timing Records. You can choose to “scale” this however large you care to aim, and that's an awesome part of this. (For the record, Bad Timing started out as a label that wanted to reissue some records to get our name “out there” in the general vinyl community, build up a reputation of being good at customer service and mail-order, then move into our own original music.)

In my next column, we'll go through the benefits of having a partner—because I never could have started, and I could never still run, Bad Timing Records without Zack. We'll get into some more business-y topics as well, like how you can become an IRL business and not just a “business” that exists on your mom's basement. We’ll eventually get into how you—yes, you!—can sign bands, physically press some damn records, and much, much more. Hope you stick along for the ride. alt