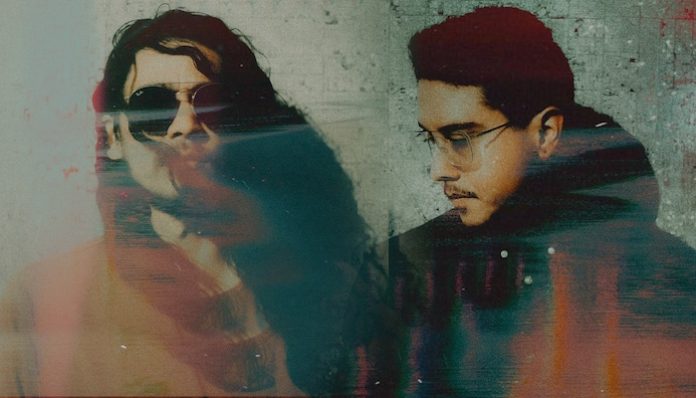 From Dayseeker’s Rory Rodriguez and Mike Karle comes a new project, Hurtwave. The duo are teaming up with Alternative Press to debut their mellow new track, “Bleach.”

Karle and Rodriguez previously dropped their debut single in June with “Sever,” which is the story of someone who can’t commit to a relationship but never wants to completely cut it off. They traded in post-hardcore riffs for airy synths, but much like their first band, the lyrics have a deep, personal meaning.

Read more: Vans has reimagined its classic checkerboard for a new collection

Their latest release features warm, emotional vocals backed by peaceful synths and cascading dips. Check out their otherworldy new track “Bleach” and the inspiration behind Hurtwave below.

You formed Dayseeker in 2012 and have been with them since then. Why did you decide to start a new project? What is Hurtwave allowing you to do musically and personally, and how did you both come together and figure out this project was something you wanted to pursue?

RORY RODRIGUEZ: Mike [Karle] and I have been close friends for the better part of a decade, and I had some softer music I wanted to try and put together, and he was really interested in co-writing some stuff with me and adding in his own production, percussion-wise. We started on GarageBand about three or four years ago and just started demoing out a lot of the songs that we’ve prepped for this release. We’re both really into pop and softer music. This is a perfect opportunity to have the ability to do that. It’s a different musical avenue than Dayseeker—some of this stuff would just be too out in left field to release through our main project. We’re happy to have Hurtwave in that regard.

Read more: Dunkin’ is releasing its own pumpkin spice latte this year

Hurtwave previously dropped “Sever,” which was one of the first tracks you created with Mike Karle. “Bleach” has a serious backstory to it with beautiful synth accents highlighting the chorus, and it really enhances the meaning of the track. What was the process of writing this song?

We actually wrote a very early version of ”Bleach” years ago, and we really reworked it within the last six months to try and match more of the synthwave soundscape that we’re going for now. I wrote it about an ex-girlfriend who dealt with feelings of suicide and depression. She battled in her head [about] whether or not she wanted to live on this planet for a huge majority of our relationship. I wrote it from her perspective and tried to channel her emotions and her turmoil through it all. And so I ended up rewriting most of the lyrical content, too. I think Mike and I have both grown as songwriters, so it felt appropriate to rework it into the version that we’re releasing now.

In regards to singing, your voice has a lot of depth. It sounds very raw and emotional, much like how you sing with Dayseeker. Do you have to change the way you approach a song for vocals between Hurtwave and Dayseeker?

The funny thing is that Dayseeker are a lot more “belted,” vocally speaking. Hurtwave are quite a bit more mellow a lot of the time. Trying to tap into the softer or more delicate parts of my voice has been an interesting process. It’s been eye-opening in a lot of ways. I think there’s a certain frailty and raw emotion you can capture with the right “soft” vocal take as opposed to a really loud, belted one. I’m hoping investing myself in this project only helps my voice further for Dayseeker, as well.

Read more: Dunkin’ is releasing its own pumpkin spice latte this year

You’re working on dropping a series of EPs, starting with Night Therapy 1. How do you decide on what you’re going to release first, and which tracks will be included on a specific EP? Is there a theme for each one, or is it just what you see as being a good fit at the moment?

We just recognized that putting this first EP out with a single-by-single release would be easier, in terms of keeping people’s attention. With us being a new group, we have to keep in mind [that] we’re starting from scratch, and we didn’t want to drop a full EP out of nowhere and have very few people listening. We’re just trying to keep in mind which songs draw people in easily for some of the first ones. We have a few more experimental tracks that we’ll be releasing a bit later down the line once we have more of an established presence as a group.

So far, you’ve released very emotional and extremely personal songs. What are your hopes for this project? What do you hope your audience can take away from Hurtwave?

Honestly, a lot of the same hopes that we have for Dayseeker. We pride ourselves in the lyrical content being extremely personal, but [we’re] also hoping it can be extremely relatable because of that. For us, music was a safe haven when we were younger and didn’t have anywhere else to turn to. So that’s always our primary goal with everything—just making sure that while we’re creating these songs, they may offer peace and comfort to those who are suffering.