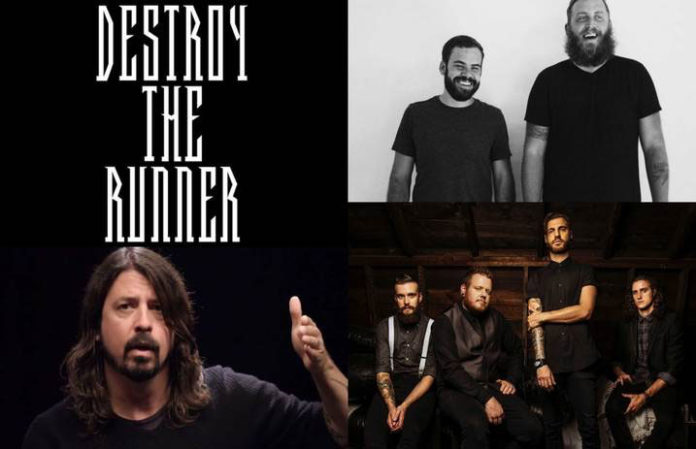 Ice Nine Kills, Destroy The Runner and Dave Grohl on Drunk History? Today's been a good day. Check out the news you might have missed below.

Read more: State Champs premiere new video for “Losing Myself,” and other news you might have missed yesterday

Ice Nine Kills announced they're re-releasing their 2010 album Safe Is Just A Shadow, which will be available on Jan. 6. To celebrate, the band will also be playing some shows at intimate venues. Chasing Safety will offer support.

“With the evolution of our skills as musicians, and the original producer, Steve Sopchak, having established himself at the top of his craft, we felt this was a perfect time to re-record the album and give it that extra attention that it always deserved. We've also repackaged the album with the impressive Toby Fraser produced artwork that was originally supposed to accompany the release.”

1. Proximity Mines In The Complex
2. Buildings Burn, People Die
3. Chris Brown’s Latest Hit
4. Newton’s Third Law Of Knives To The Back
5. So This Is My Future
6. Acceptance In The Waves
7. Red Sky Warning
8. The People Under The Stairs
9. The Greatest Story Ever Told
10. Evidence On Fire

No Sleep Records' Daisyhead have a new song for “Bodies.” What do you think?

Check them out on tour with Capstan and Watermedown!

Producer, engineer and mixer Joey Sturgis, who has worked with the likes of the Devil Wears Prada, Miss May I and Asking Alexandria, and his brand Joey Sturgis Tones released the Tominator plugin, intended to treat cymbal bleed commonly found in close-mic drum recordings. Tominator aims to streamline an engineer's drum processing as  Joey Strugis Tones is a developer of audio processing tools for non-technical music creators.

Destroy The Runner released the second single from their forthcoming comeback EP. Listen to “Underwater”:

A Hamilton and Dave Grohl fan? Well, you're in luck. The Foo Fighters frontman was featured on an episode of Comedy Central's hysterical show, which was taken over by Hamilton's Lin-Manuel Miranda. Here's a short clip:

You can watch the episode here through your cable provider.