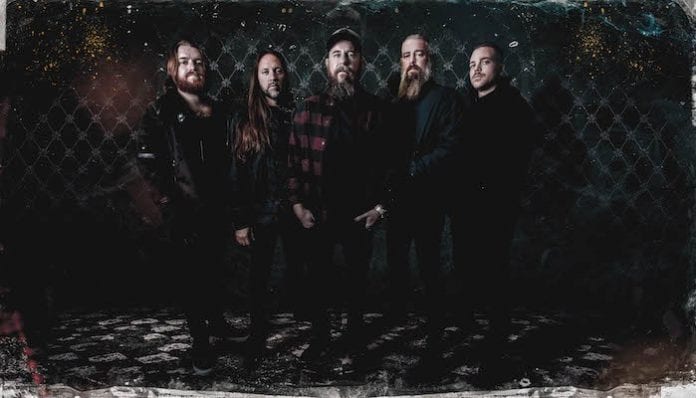 By album No. 13, most bands would be tapped out of creativity and exhausted of all energy. Most bands (if they had managed to make it so far) would probably just keep making records for the next paycheck, or because they simply wouldn’t know what else to do with their time.

What a great thing it is, then, that In Flames are nothing like most bands.

Read more: ‘A Star Wars Is Born’ is the “Shallow” parody we never knew we needed

I, The Mask, the Swedish metal outfit’s new record, has the youthful, vibrant and explosive energy of a band at the beginning of their career. Only the level of mastery displayed on this full-length would suggest that it comes from a band who’s been a melodic metal influencer since the 1990s.

“In a way, this is our second album,” vocalist Anders Fridén says. “It’s our second record working with Howard [Benson].” Both he and guitarist Björn Gelotte credit the all-star producer (My Chemical Romance, Motörhead, Halestorm) with bringing out the best of In Flames.

“It’s been a huge learning experience working with a guy like that,” Gelotte says of Benson. “[He’s been] opening us up to each other. Maybe that’s where the energy is from. I don’t think our creativity has ever been better than our last two records.”

“He tells me when I’m too tired,” Fridén adds. “Too aggressive, too Swedish. [He tells me], ‘An American would never say it like that.’ It makes me perform at the top of my game. We went [to him] with pretty much nothing, and now [the record] is made out of pure joy.” 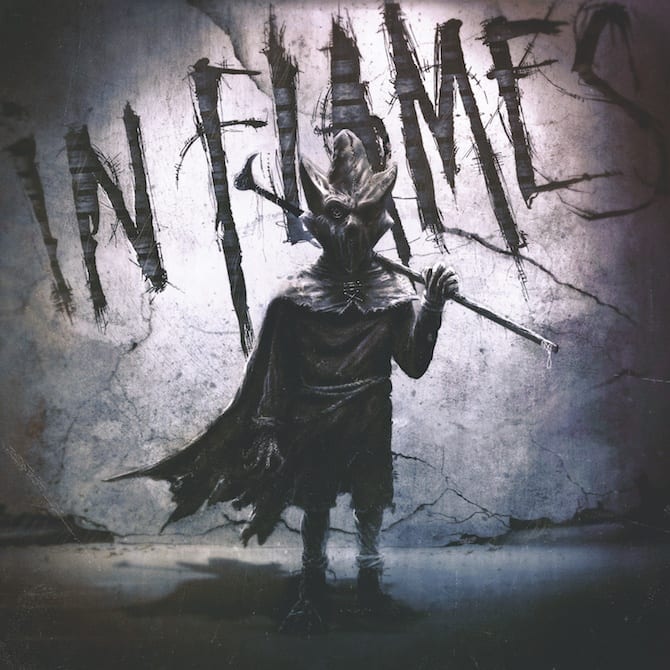 But as they say, it takes a village, and Benson wasn’t the only one to play a major role in crafting I, The Mask. A large part of what gives the record its identity is its storyline and the artwork that helps tell that story. The nightmarish fantasy world belonging to the Jesterboy—the figure on the album cover—was the work of artist Blake Armstrong, who was able to turn the character’s sense of guilt and despair into a thing of twisted beauty.

For the uninitiated, the figure of the Jesterboy comes from the term “Jesterhead,” which is what die-hard In Flames fans call themselves. After the band’s 1996 release, The Jester Race, their latest I, The Mask is the first time we see the Jester character with a body and an agency of his own.

The story of the Jesterboy is one of a young child who attempts to exact revenge on his abusive father by setting him on fire. When the blaze spreads to his entire home and claims the life of his brother as well, he dons the mask and begins his journey alone with the opening track, “Voices.”

The initial concept of the Jesterhead fanbase shapes the feeling and progression of the record just as much as Armstrong’s visual interpretation does. I, The Mask is certainly a triumphant record for the band (give a listen to their single “(This Is Our) House”), but it’s also a testament to the power of the bond between the band and their fans: “Follow me/Don’t be afraid/I will lead you to a better place/Free from the sorrows/Away from the letdowns/You will find a home.”

“I think it’s important sometimes to try to get that outside perspective and understand why you are here and who is responsible for that,” Gelotte explains. “It is the audience.  I like the way [Fridén] can put his words, and it’s not sounding like some bullshit cliché; it’s from the heart. [I, The Mask] is really an homage [to the fans].”

And that’s exactly how the band want people to interact with the album.

“I know we live in a streaming world,” Fridén says. “People stream 30 seconds from a song, and they decide if they like it or not. But in a perfect world, I would love people to listen to it on a vinyl by themselves with great headphones, a little bit of whiskey maybe, or beer, side A to side B. The last song is called ‘Stay With Me.’ I would want people just to stay there and think and feel.”

When asked how I, The Mask stands out amid the band’s vast discography, Fridén simply says, “I don’t want it to be separate. We’re just trying to sound like In Flames. I think it’s easier for the people around us to say what’s different, because in our world it’s just another good fuckin’ album.”