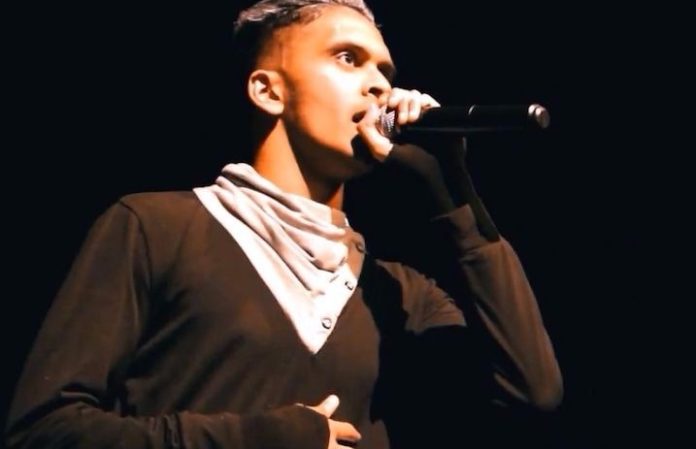 [Photo by: In Loving Memory/YouTube]

When you press play on the “Nomad” music video below, the first thing you'll see is vocalist Naveed Stone dedicating the song to his parents. “A big part of why I want to be a musician is to honor and do justice to the immense sacrifice my parents gave for my sister and I,” he explains. “They risked everything leaving their lives behind to come to this country from Bangladesh, just to have children who could reach a level of success and stability that they could not have.” The emotional track is off the band's second EP Introspective, released in June.

Read more: 10 books every person hoping to make it in the music industry should read

This is the second record from In Loving Memory, who formed when drummer Thomas Diognardi and guitarists Vito Racanelli and Jon Conway found Stone through his YouTube videos doing metal covers of pop songs. The band released their debut single “All Systems Go” in 2014 and their debut EP “Stand My Ground” in 2015.

“I think the immigrant story is a beautiful one and it's one that especially needs to be told in a predominantly white entertainment industry,” Stone reveals about the song.

“Many kids from my demographic are discouraged at a very young age, by their families and the world around them, from pursuing artistic careers. We internalize that we're not meant to succeed in the arts because we look different, or we don't have the money and connections that others do,” the singer says, “I want to be the first of my kind to be a face and a voice in the pop/rock/metal facets of the music industry.”

Watch more: Your fave bands explain what emo means to them