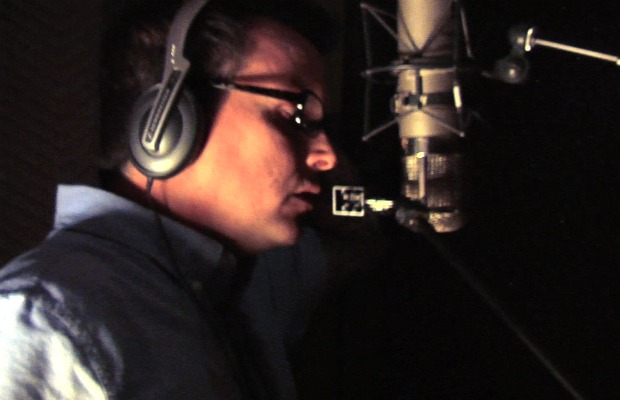 In between jaunts to Europe and shows at Boston’s legendary Fenway freakin’ Park, THE MIGHTY MIGHTY BOSSTONES have had a busy summer. Still, very quietly, the ska-punk luminaries have also found time to record a new album. Frontman DICKY BARRETT, who continues to be the announcer for Jimmy Kimmel Live! as well as the gravel-voiced figurehead of the band, tells SCOTT HEISEL all about the record.

There hasn’t really been any sort of social media trumpeting the making of your new album. Did you try to do it clandestinely?
I think a couple of guys in the band have Facebook, a Bosstones Twitter exists that lays fairly dormant [and] there’s a Facebook page for the Bosstones. When it comes to social media, we’re pretty behind the times—not because we’re unable to learn or we’re too old, [but] mostly because we’re disinterested. Somebody told me, it was three years ago, “Oh, you got to get a Facebook page.” And I said, “Why is that?” And they said, “Well, people from your past can get in touch with you.” And then that right there, I made my decision. Absolutely not. There’s a good reason why these people are in my past.

So obviously you haven’t been trumpeting the fact that you have a new record coming out.
I don’t think we ever do that. Other people that would trumpet— ultimately in this day and age, who really gives a shit? Why are we not out there shouting it from mountaintops? It’s never been our style—we show up in your town and we put on our show, which is oftentimes bigger than life, and we make these records. We made one in 2009 that was damn good, and this one is damn good, as well.

I hope it doesn’t go off like I’m bragging; I’m proud of the records and the music we make, and I think we’ve gotten pretty good at it. I enjoy doing it; I’d do it anyway because I like the guys I get to make the music with. Blowing our own horn, which sounds funny when you’re a horn-driven band, has never been really what we do.

Well it sounds like you have a very Teddy Roosevelt approach to it: “Speak softly and carry a big fucking stick.”
That’s what we do, and hey: nicely put. We’ve always kind of done that. I think we are the big sticks of rock ’n’ roll.

This will be your ninth proper full-length, if I’m counting correctly.
I think your numbers are right. I think that’s exactly right and I think nine times, every time we’ve finished the process, we’ve said, “Yes, we’ve done it.” I think if we got to it and album nine wasn’t as good as album eight, I don’t think we’d put it out. I think we’d say, “Are we offering something different?” No matter what—and our fans will disagree and argue and people that love the records we make will say this is the best one or this is the best one and there’s just as many people who tell me Pinpoints And Gin Joints is their favorite record as Devil’s Night Out is their favorite record.

So in your mind, is each new record the quintessential Bosstones record?
I think so, because it’s what we’re doing right this very minute. I think we put the same kind of energy and effort into it we did when we were kids first starting to do it. Throw everything into the bowl and mix it up and hopefully we like how it tastes, and it’s always come out that we have. We finish and we don’t go, “Ooh. We missed the mark on this one.” It’s not like we live off [record sales], so it’s not the kind of thing where we go, “Oh, we made a bad one. Well, we got to release it anyway, the record label has already done a lot of work on it, so it’s got to go out anyway.” That’s not going to happen, so if we did it, we’ll just eat the money that we spent on it and say, “You know what, we ain’t got it anymore.”

Obviously you’re on your own label, Big Rig, so it gives the creative freedom that being on a major label doesn’t provide. Do you think that affects the speed that you work on records? Does it make it faster or slower?
Combination of the two. Yes, and absolutely not. I think we make records the same way we always make records, no matter who’s putting the name on the label. So I think we go in there, we try to make the kind of songs that we like and we would listen to and hopefully the people that like our music will listen to as well. So I never felt anyone breathing down my neck when we were making major label records, and I didn’t feel it when we were making records with SideOneDummy, and I don’t apply that kind of pressure to myself. It’s as corny as this sounds; we consider ourselves to be artists, whether you like our art or not.

Who in the band takes the role as the whip cracker?
I think we’re all pretty damn efficient at this stage of the game. I think if there would be a whip cracker, it would be Joe Gittleman followed closely by me, but only because Joe leads by example. He prides himself on his efficiency, and if it’s time for him to do a background vocal, he runs into it like he runs into a football game. He runs into the booth. He’s an exceptional bass player, and I really think he’s one of the best in rock ’n’ roll. He has his parts down; he knows what he’s going to do exactly. There’s no, “Well, I was going to try this, this and this, and then maybe try this on bass.” He knows exactly what he’s going to do, and if he doesn’t get it in the first take, he’ll get it by the third.

You started working on this new album as soon as Pin Points And Gin Joints was done, using ideas that didn’t necessarily make it on the last one. How do you look at that without referring to those songs as leftovers?
It’s not, really. It’s not so much the song; it’s more the ideas. Musical ideas like that at that stage in time didn’t form a great song, but they were still a seed or a nugget of something that something very fresh, something very new can grow. Fear not, this record is as fresh as yesterday.

Is that ever a challenge? How do you make a record that doesn’t sound like it’s strictly from 2011?
I think that’s production. I think using Ted Hutt as producer helps to keep us younger musically than we probably are. But when you’re making ska-punk music, which is what we did from the very beginning, even in 1995, how fresh can that be? It’s as fresh as you want to put in, it’s as fresh as my lyrics, it’s as fresh as the production itself. So when you’re paying homage and you’re inspired by a music that is at least 10 years old at that time—or maybe even 30 years old, if we’re talking about ska music—then that is a bridge you have to cross every time you make a record. Am I interested in connecting with every 13-year-old kid that plays the Warped Tour? Probably not. Will that kid like it? Pretty sure he will. Are we a brand new baby band? Not by any stretch of the imagination. But are we a band of thoughtful and talented musicians and artists? Yeah, I can say that with much confidence.