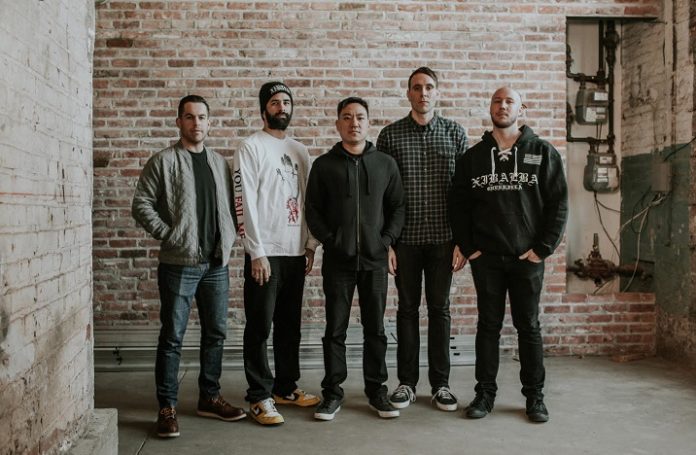 Long Island, New York's established hardcore unit Incendiary will soon release their new LP, Thousand Mile Stare, on May 5, 2017 via Closed Casket Activities. AltPress are premiering one of its tracks on behalf of the band, “Fact Or Fiction,” along with a Q&A with frontman Brendan Garrone. Pre-orders available now.

What's the last hardcore record that blew you away and why?

I'd have to say Code Orange's newest record, Forever. They have been touring relentlessly for years and I have had the privilege to watch them grow as a band, both as a friend and a fan. Forever seems like the record where they are truly coming into their own, developing a complex and unique sound that is both interesting and heavy as hell.

What inspired the song “Fact Or Fiction” that we're premiering today?

“Fact Or Fiction” addressees what I think to be the largest problem in politics, when a narrative or agenda is prioritized above facts and reality. Narrative and opinion can not be more important than reality. Reality influences policy, not the other way around. Unfortunately, this is more pervasive than ever and, as much as certain people would love it, we do not live in a “post-fact” world. The truth matters.

What are you most proud about with Thousand Mile Stare?

That I can say it's our best record to date, and truly mean it. Every single aspect of this record has been elevated from our previous releases, from the music, to the vocals, to the production. It has been 4 years almost exactly since Cost Of Living came out and I'm really excited we were able to refocus on collaborating with each other and putting this together.

You're playing some big fests in your upcoming dates. What other bands are you stoked to see there?

All five of us love the Deftones, so really excited to catch them at Groezrock. At Sound and Fury in Los Angeles, I'm particularly looking forward to Turnover, Vein and Gatecreeper, as well as our friends in Xibalba. Nate from Xibalba sings on our new record and we love those guys so much.

Does working the band into your adult lives become harder with age? What was it like coming together for Thousand Mile Stare?

It does, but I am extremely lucky to be in a band with four of my best friends. I think we've been able to last this long because we really try to stay on the same page with everything we do and that includes continuing to make Incendiary a priority in our lives. Everyone has a voice and a say in every decision that is made, and it creates a really collaborative environment for writing. It has historically taken us a while to write new music, so the fact that everyone is so close with each other makes the long hours hashing out material a lot easier.

Has your interest or investment in hardcore changed since the band started?

Hardcore is something I've been involved in for about 18 years now. At this point, it just feels like something that is inextricably part of my character and life. Nowadays, it is obviously hard to get out to shows as often as I did when I was younger, but I would say the one thing that has changed for me is a deeper appreciation for the friendships I have made by being part of this community. When I look at other people my age who are maybe newer to NYC and trying to find their circle of friends and general place in life, I empathize but I really can't relate to that. I feel so lucky to have made friends literally all over the world that have a shared interest and bond because of this music.

How did you hook up with the WWE for an official theme? Is anyone in the band a diehard wrestling fan?

John and Mike from the CFO$, who essentially write all of the music for the WWE, have been friends of ours for a while now. When the project for Aleister Black's entrance music came up, John and Mike knew they wanted to take it in a heavier direction so they asked for us to collaborate on the track and for me to record vocals. It was super cool to be a part of and I think it works well for his entrance. Our guitarist, Brian Audley, is absolutely a diehard wrestling fan and I think Aleister's premiere during Wrestlemania was one of the best days of his life [laughs].