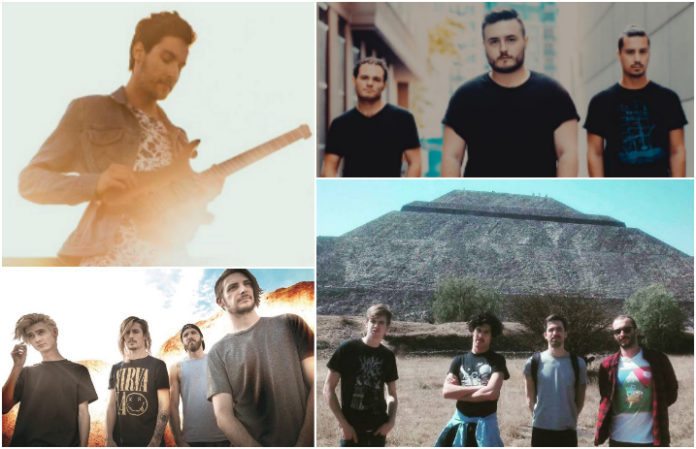 Many can argue that the vocalist can make or break a band. While we agree that the frontman or frontwoman of a band does heavily contribute to their identity, sound and overall persona, we certainly value each and every member of a band, even if there are nine of them (we're looking at you, Slipknot). Here are 11 instrumental outfits that prove that you don't even need a vocalist to rock.

This Patch Of Sky

This Patch Of Sky definitely sound like they could fill in for a fantastic movie score. Their soothing cinematic sound inspires a curious sense of adventure and motivation, while their Oregon roots line up with their creation of a symphonic landscape.

Polyphia is most known for their technical lead guitar harmonies and catchy riffs that create a unique sound far from their contemporaries in the djent movement. The Dallas, Texas band admits that their influences come from all genres of music, which certainly makes sense.

CHON is a progressive math rock band from San Diego, California and have a wide variety of inspirations, from the Fall Of Troy to Rush. Odd time signatures and seventh chords combine with major keys to produce an upbeat, peppy, yet complex tone.

Finger-tapping is the most dominant sound of this San Jose, California-based band. They've toured with fellow California instrumentalists CHON and have a slightly similar but somewhat heavier sound.

This Sydney, Australia-based guitarist/composer is a champion in the instrumental rock and progressive metal subgenres. He even endorses his own guitars through a Swedish guitar company.