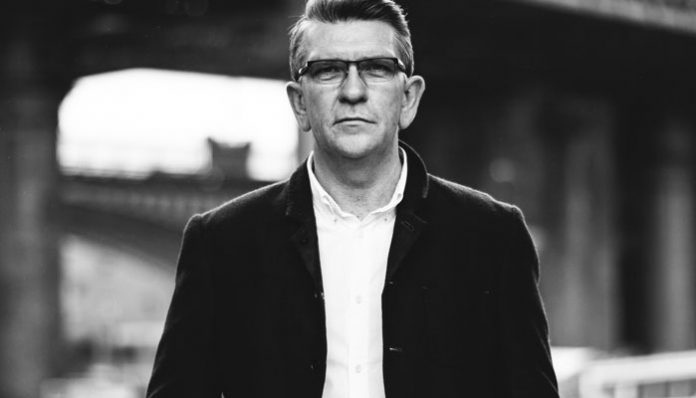 Record collectors and true emo patrons, listen up. Mike Joyce, the drummer for legendary indie outfit the Smiths, has something to show you. Joyce is raffling off a rare platinum record award from Warner Music UK given to him for the Smiths’ acclaimed 1986 album, The Queen Is Dead. Proceeds from the raffle are earmarked to assist Back On Track, a charity helping people in the Greater Manchester area with social services such as counseling and career training.

“I’ve seen gold and silver discs by the Smiths, but I’ve never seen this Platinum disc for sale,” Joyce says. “I’ve never seen one outside of the one that I’ve got! I don’t even know if anybody else has got one. So that’s kind of the rarity of it.”

Read more: These 13 emo albums are the perfect soundtrack to your college years

Anybody who identifies with the term “emo” knows how influential the Smiths were to succeeding generations. Not only can fans get a piece of music history, but they can help out a good cause in the process. Joyce talked to Alternative Press about supporting Back On Track, preferring a raffle to an auction and whether or not any of his former bandmates have ever called him up to ask a big question.

What does Back On Track do for your community?

It’s for people with all manner of disadvantages, whether it’s because of past abuses with alcohol or with drugs or with mental health issues. It really doesn’t matter what that reason is as long as they’re prepared to really try and get themselves back on track. Then this charity’s here to help them.

There’s a place in Manchester where they can go and sit down. There are kitchens, and they can have a coffee. They talk. It’s normalcy, really. It’s a lot of things that we take for granted and an environment where you just sit down to talk to each other. Whether they want to look at some courses in music or photography or try to get some help in terms of further education. Because maybe they came out of prison, or they might have just abandoned their education altogether. And it’s very difficult for people, if they want to get back on track, to get to that first rung on the ladder. And that’s why Back On Track is there to provide that service.

Read more: Hear are 10 bands from the ’90s you never heard and it’s a damn shame

It’s been very difficult for everybody. The charities are finding it extremely difficult because the funding that was generously given by companies around the Northwest has dried up somewhat. Because a lot of these companies aren’t working at 100%. So they’re struggling themselves. They have to close down during lockdown, which, of course, affected a lot of the people up there that would just go in [to Back On Track]. They couldn’t do that. So there was a worry that some of them have fallen to the wayside and would go back to some of their old ways. But it was very difficult for the charity.

You came up with the idea of a raffle when you accepted an invite to Tim Burgess’ Twitter listening party for The Queen Is Dead?

I spoke to one of the girls that works [at Back On Track] and said I’d love to be able to do something. [The idea] was because of Tim Burgess from the Charlatans. He invited me to one of his listening parties this Saturday [to play] The Queen Is Dead. And I said, “Yes, I’d love to.” [I didn’t want to do] eBay or an auction. Because the problem with those is that regardless of what’s being sold, it goes to somebody who normally has quite a lot of money rather than a real fan. Now, it doesn’t matter. I’m not bothered if it goes to somebody with real money. But the idea of it being a raffle just means that everybody has the same chance.

Its monetary value is very difficult to quantify, which obviously is a selling point for people to spend five quid or seven dollars, whatever the rate is at the moment. But whatever that is, you’ve got as much chance as the next person.

Is that your only Platinum plaque?

I have some others. This was given to me by Warner. I do have some platinum, but they were given to me by Rough Trade. There’s one from Sire in America, as well. I thought if I put it on eBay, I’d sell it for whatever it goes for, give the money to charity [and] then it’s as though we’ve sidestepped the charity. Because the idea of me doing this is to give the charity a higher profile. The more money we make, the better. But in terms of people going, “Oh, what’s Back On Track?” That’s part of the thrust of what I’m trying to do here.

I’ve been given a lot by being in such a great band. It’s nice to give something back directly, but it’s nice to give something back in some way to benefit others. I mean, if I was asked to go and stand outside a 7-Eleven in minus five degrees with a bucket every night for six weeks trying to collect money, I’d probably say no. So what I’m doing isn’t such a big deal. Obviously, the big deal is about the amount of money raised so far.

I’m on the phone with you, and I have to ask. Have any of your former bandmates said, “Come on, let’s go do this again?”

Well, I’ve worked with Andy [Rourke, Smiths bassist] but obviously not in a Smiths-related moment. I pretty much think that’s it. I look in the mirror every day. And over a period of years, I see somebody different. Now, I think we all do. When I see photographs of those young kids [i.e., the Smiths in their earliest days]? My youngest son is now older than Morrissey was when I joined the band. So it’s a very, very long time ago. We’re not talking five, 10 years ago. We’re talking a lifetime, nearly. So we’re very different people. And we have very different outlooks, very different interests. We’re very different individuals from what we were in 1980 when we first met. And the idea to try to recreate something that was born 40 years ago seems to me a bit preposterous.

The music is fantastic. And it’s great to play. And it feels great. The songs are superb. Johnny [Marr, guitarist] is out of this world. Morrissey’s writing, likewise, was unparalleled. But in terms of four blokes on the wrong side, heading toward the sunset? Really? Really? [Laughs.] I think it might be enjoyable to some people. But I certainly don’t think it would be for the four of us.

To enter the charity raffle for Back On Track, visit here. Do it now: The raffle ends at 9 pm BST Sept. 13. Follow Tim Burgess’ Twitter account at 9 p.m. BST Saturday, Sept. 12 for Joyce’s real-time commentary on The Queen Is Dead.