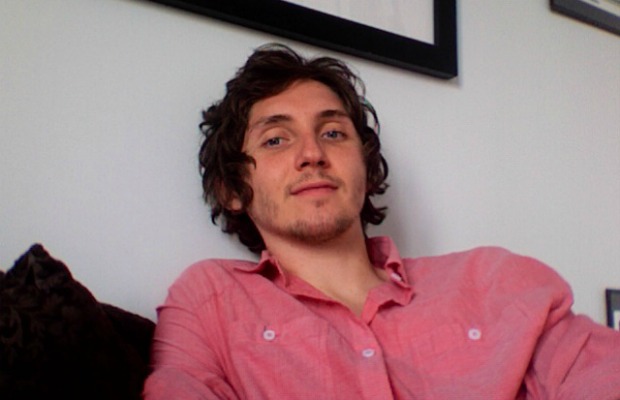 2011 has been a quiet year for Kenny Vasoli. Sure, he's been out on the road a bit with a reunited the Starting Line, and the group have been getting together to work on some new material. But otherwise, the 27-year-old musician has kept things relatively under wraps. Fans need not worry, however: Even though Vasoli told AP he's been trying to slow his personal and creative pace after the hectic last decade, he assures us that 2012 will find him revealing new songs and live shows.

Before that point, however, Vasoli will be playing a solo acoustic set at AP’s House Of Vans event in Brooklyn, New York, this Saturday, November 19—a performance he says will be “a mixture of anything from really old Starting Line material to Person L material to songs that I wrote last week [to] a cover or two.” To whet your appetite for the show, AP spoke with Vasoli from his home outside Philadelphia to find out what the status is on the reunited Starting Line and how his calm approach to songwriting—and life—is manifesting itself.

When you think back on 2011, what stands out for you? What has this year meant for you?
It's been a good year. Even though people can't really tell yet, I've been really productive, musically. Also, [it’s been an] extremely inspired [year]. I've had the chance to meet some people who have shown me some new aspects of creating music. It's been a very enlightening year for me.

Who specifically have you met that has inspired you?
There have been a few musicians here and there that I've been meeting that have been showing me some new and interesting stuff. There's been a whole list of people, really.

You really haven't released much music this year. What have you been working on?
I've been writing a few songs with the Starting Line guys. We still have to finish those, but we've gotten some cool starter ideas. Then I've been writing songs for people, trying to do some co-writes. Also, I've been writing some new stuff with some people up in Brooklyn. I really can't go too far into it, but it's been a lot of fun. I feel like I'm giving a total weirdo answer. I've been toying with a new project, and I've been trying to keep it anonymous so far. I'm trying not to talk too in-depth about that. But I do want people to know that I'm working on new material, and it will be coming out soon.

When we talked earlier this year, you had mentioned wanting to slow the pace down when it came to stuff with the Starting Line. Even though you've been writing together and playing the occasional show, you haven't seemed to want to rush into any new recordings or touring together. Is that still true for you? Are you still wanting to take your time with things and make sure you get things right?
That's pretty accurate. We have had a lot of fun playing together, especially this year, and have been coming up with some really exciting ideas. But we still have yet to finish those ideas. I think a slower pace is definitely the key idea there. We all have our respective lives that we're pretty deep in right now. We all still have great feelings about each other and have a great time hanging out, so it's always there. We just need to give ourselves a kick in the ass and get it started up. It's just hard to get everyone physically in the same room sometimes.

Is that slower pace something that you've been trying to instill in the rest of your creative life? Or just your life in general?
Definitely! When I talk about it out loud, I feel like I come across as a really lazy guy and sort of a slacker, because I don't put out a record a year. But I really do enjoy a relaxed lifestyle. I don't feel the need to kill myself with the pressure of being so prolific and coming out with a bunch of material all the time. It's really all about being inspired, and I really don't want to attach my name to anything that I'm not inspired about writing, because it never comes out good. I've been forced to go down that road before, and I'm really not proud of the songs written in those particular times. I actually feel like I'm in a really good place creatively, and I'm starting to appreciate pop music again—for the first time in a long time. It's a really good place, and I think really good things are going to come of it. I hope people enjoy the material.

Listening to some of the stuff you've been doing over the last couple of years, you've been dabbling in a lot of different styles of music. Where is that coming from? Is that you just wanting to try your hands at different things and see what comes of it? Or are you inspired by trying to capture a particular sound?
I think your tastes mature no matter what as you get older. You can listen to the same stuff, but as far as something like food goes, you don't eat hot dogs for the rest of your life. You start to really appreciate how good artichokes are. And I feel like that's what happens with me with music. I taste something new, and I start to really like it. I try to have a well-balanced diet of music that makes me feel good.

Thinking about the break that the Starting Line took, are there things that you took from that experience of being in the band previously that you are bringing to the table this time around?
I don't think I take too much time to think about what lessons I really learned from it. Maybe instinctually it kicks in. I think overall, if given the opportunity again, we probably would have done the same thing and fought the battles that we did. I learned a lot about how the industry works.

You've been through the cycle of working with major labels, and have established your name so much that you don't really need the usual support that they can offer. Do you think you'd try to work outside those channels and reach out to fans directly with what you do next?
I'm definitely on that team as far as controlling what comes next when it comes to releasing stuff. The Starting Line is in a unique place where we have these fans that really care about what we do, and I think if we just put out a few songs ourselves, I think people will want them. I think that's the route I want to go. Not necessarily jump into an album, but just start releasing songs one or two at a time and see what the reaction from people is. And if we're in a place where we're inspired to make another record, then that'll be it.

I'm going to steal a question from one of my AP colleagues and ask this: You just turned 27 this year. Is this where you thought you would be at this age?
If you go really far back, I don't think I thought much about what I was going to be like when I was older. It was all about the moment and really just soaking it in. As I got a little bit older and pictured what my life would be like, I hoped it would be something like this, where I wouldn't have to work too hard and do what I love. It's not work when I'm creating music. It's something that I'd be doing anyway, no matter what I was doing for a living. I'm extremely thankful that I really get to rest on making music for a living.

Have you thought about what next year is going to look like for you?
Hopefully there will be more Starting Line stuff. I think people will start to hear a lot more from me, as far as releasing material goes. Also, I'd like to get some new Person L songs out there that were recorded at the end of 2010. Hopefully some touring will be in there. alt