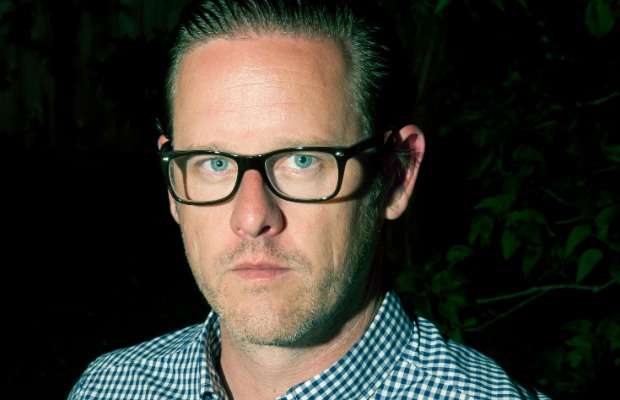 Leading metalcore/punk label RISE RECORDS signed a multi-million dollar acquisition deal that gives ownership to BMG, the Berlin-based music company once associated with Sony Music and a global private equity firm, now a wholly owned subsidiary of international media giant Bertelsmann. In the past few years alone, BMG has acquired Chrysalis, Sanctuary, Mute, Bug, Virgin, Primary Wave and Vagrant Records. Craig Ericson, the man who founded Rise in 1991 and went on to give the world albums from Of Mice & Men, Memphis May Fire, Issues, PVRIS and so many more, tells AltPress all about the new partnership in this exclusive Q&A.

Rise Records didn't have a “for sale” sign on the door. Why sell now?
CRAIG ERICSON: We weren't really “looking” for a deal, as you said. But we're always willing to talk. Laurent [Hubert, BMG executive] visited our office several months ago and told us what the new BMG is all about. They're private, family-owned now. It's not market driven, which is nice. He told us about the services he could provide. It wasn't just all about me selling: It was about developing Rise to bigger and better things. We owe it to our bands to maximize their success and ours.

I read somewhere that 95 percent of your business is in America.
Yes. We've been really focused on the U.S., mainly. BMG is going to provide really good international support. You need people on the ground: BMG has offices in just about every major city in Europe. It's going to be really nice to utilize their expertise for international stuff, as well as admin, royalties, bookkeeping—it's going to be a huge relief for me, and my VP, Sean Heydorn. We were very DIY—and we still are—but now I can focus my time on talking to bands, trying to get them tours, marketing…

We'll still be a boutique label, but with just a little bit more of a reach. I'm going to have more of an opportunity to go after bigger bands that I'm very passionate about. I've gotten a lot of my dream signings already: Hot Water Music, 7 Seconds, Jealous Sound. It's been pretty crazy. But there are some bigger bands on my list. I wish I could tell you who some of them are. It’s going to be exciting to go after some bigger bands and to continue growing while continuing with our DIY ethics.

Your expertise is in artist development. You still stage dive at shows!
Well, I'm a retired stage diver now. [Laughs.] But yeah, this is a big relief, especially for Sean. As we grew, the admin grew along with it. It becomes more complicated. As you said, my expertise is in finding bands, maintaining good relationships with them throughout their careers—it’s not necessarily in doing spreadsheets. [Laughs.]

Surely you've been approached before. What made you resist those offers?
We've been approached a few times over the past few years. The deals weren't ever really right; it was never the right “fit” so to speak. This one felt much better. You know, they bought Vagrant, which is one of my favorite labels.

Did you talk with [Vagrant co-founder] Jon Cohen?
Yes, we did our research. And so did BMG. They did research on us, obviously. It was hard to find a bad thing about BMG. They're passionate about music. They're aggressively buying publishing rights from established artists and building their catalog. It's very entrepreneurial, which is good for my bands and good for Rise. It's exciting. I wasn't looking to sell, so it was going to take a good offer, and we got it.

In many acquisitions, there'll be a lot of cross-pollination and absorption. Any sort of change in the “company culture” can raise concerns.
They don't want to fix what isn't broken. We're not broken, so there's no need to mess with anything. We were doing fine before BMG and we’re going to be doing fine post-BMG. We're still in Oregon. I'm not moving to New York. I have family here, my son. There's no way I'm moving and they knew that. It’s the same staff. We’re not hiring a bunch of new employees. I’m not going anywhere. They aren’t going to make us put out some weird record or put something on our YouTube channel.

Often these deals have terms that guarantee the label founder will stay on for a certain number of years. So if you sign a band to a five-album deal, it could theoretically extend beyond the time you'll be involved.
I can't discuss the exact details, but we definitely have a deal in place where I'm not going anywhere for a while. I'm personally part of the “asset” of Rise Records. It was an important component of the deal. I'm still young. I've got many, many years left.

Cool. Because you know, that has happened.
Yeah, I know! I still have way too much work left in me to retire.

Are we seeing the last big wave of acquisitions and consolidation?
I mean, we’d just be guessing. I would speculate that there might be a couple other acquisition type deals. There are only a handful of big, successful indies still owned by one person. So it'll be interesting to see how it all shakes out with time.

A lot of your peers have started other businesses. Now that you'll have more time, are you looking to get some other ventures going?
Not at all. In fact, I like to do one thing well, you know? I want to focus all of my attention on Rise Records. I have no desire to do something that could take time away from Rise or weirdly compete with it. It's all Rise. And that's it, man. I do have a little band! Just for fun. That's just because I love creating music.

Last question: How stoked are your mom and dad?
They're blown away! They're proud of me. My grandpa loaned me $400 to put out the Divit/Lonely Kings split 12-inch in 1999. I paid him back, like, eight months later. I've never taken a bank loan to do Rise Records. It's been all self-funded. My parents didn't give me a bunch of money to start it up. I can truly say it's self-made, which is awesome. I'm proud to be able to say that. Well, minus the $400. alt