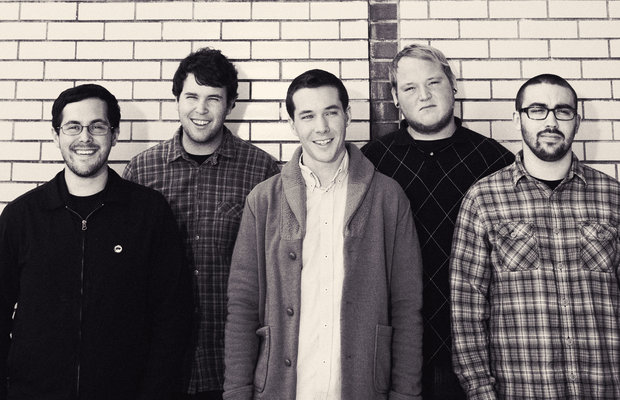 After six years, two full-lengths and two EPs, pop-punk outfit THIS TIME NEXT YEAR are calling it quits. The California quintet will play their last two shows December 2 in Oakland, California, at the Metro (part of Glamour Kills’ A Very GK! Holiday Festival) and December 7 in Anaheim, California at Chain Reaction. AP caught up with guitarist Brad Wiseman to talk about the GK! Holiday Fest and what it will be like to finally play “Out On Eastern” live.

How did you guys come to be part of the GK! Fest?
I worked for a booking agency [The Soroka Agency] and the owner, Ryan Soroka, is friends with the [GK! Fest] promoter, Jeff Menig, and we were at Bamboozle together this past year and they we’re talking about the GK! shows because Ryan helps out a lot with [them]. I was like, “Hey, we should do one in Oakland.” And since then, the idea’s been kind of floating around and finally it became a reality. We figure us and Set Your Goals usually do holiday shows, and it makes sense with our schedules. So it’s, like, two birds one stone. We can do the GK thing, and it will add a little bit of novelty to it.

You guys are playing with several other bands on the Oakland date. Is there any band you’re really looking forward to seeing perform?
Everybody. All the bands are friends of ours. I love the American Scene; I think they’re great. The Dangerous Summer [have been] friends for years now. We’ve toured with them like three times. It’s always nice to see them.

You’re letting fans choose the setlists for your last two shows. How did that idea come about?
At the end of the day, we want the show to be fun for us, and we want to play the songs kids want to hear. There are songs we’ve never played, and kids are like, “Oh, play this song!” And we never do. So maybe this is the right opportunity to be like, “All right, we’ll play the one or the two we’ve never played that kids seem to have a voice about.” We’re playing a lot of old stuff; we’re playing stuff off of every release. A lot of it is older material kids haven’t heard in a while that I know they’ll enjoy seeing one last time.

Are there songs fans are voting for that have really surprised you?
The song “Out On Eastern,” it’s off of Road Maps And Heart Attacks—we’re finally playing that. We’ve never played it before. We’re playing songs we haven’t played in a while like “Cheers To A Late Night,” Rise & Fall, Curtain Call.” The rest of the stuff is pretty expected like “Sweetest Air,” “New Sensation,” “Alex In Wonderland.”

“Out On Eastern,” I love that song, and I’ve always wanted to play it. I’m glad I’m at least getting an opportunity.

What would you want fans to take from your music?
Just memories, in general. This has been, like, a really great five, six years for us, and I’m very fortunate to have done the things I’ve gotten to do. I met a lot of awesome people along the way. Hopefully, kids can relate to that part. There are always stories behind a lot of those experiences. I’m sure there are a handful of kids out there who have that experience or that story that they can remember our band by. That’s all I can really hope for.

How are you feeling now that you know you’re about to play your last two shows in This Time Next Year?
I’m excited. [The show at] Chain Reaction is sold out. I think the Bay Area show is, as well. There’s nothing negative running through my mind, that’s for sure.

What’s next for your other band, Misser?
Misser have a good amount going on in the first part of 2013. We're going to be releasing some new music, playing a show or two on the west coast and supporting a larger tour in the spring. Tim [Landers] and I both have other obligations, but a few opportunities came up that we wanted to take because we both have some down time.