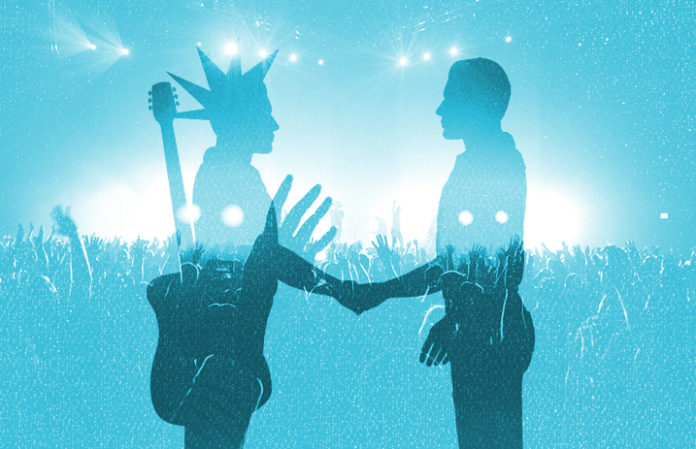 If you’re currently grinding it out in a basement or garage somewhere, chances are “being signed” is on your list of long-term goals. (Don’t have a list of long-term goals? Make one.) But, we offer a reality check: Are you actually ready to be in a partnership with a record label? We turned to Shan Dan Horan, the president of Artery Recordings, to tell you if you have what it takes. Here’s what he had to say:

Is your music not just good, but great?
With the advent of the internet, music has become so universally accessible that every band in the world now has a platform to take center stage. This is a great way to garner attention from fans and record labels across the world; however, now it’s harder than ever to get noticed. One of the greatest ways to shine through your competition is having a spectacular album—after all, that’s what this is all about. While some people would disagree with me, one of the most important factors with any successful band is having not good, but great music. Did you “pre-pro” (record rough versions of your songs) before entering the studio? Did you show the music to people other than friends who will tell you what you want to hear? Did you rewrite the song 10 times? Without a great album, you will never have the foundation to be a success.

Do you have a tour history?
You can only advertise your album on Facebook so much. With a new album comes an intense touring schedule. Getting out on the road and spreading your music is by far one of the best ways to gain new fans (especially a tour with bands that have a similar following). The perils of the road are harsh, and being away from the comforts of home can break the most hardened individual. If a band hasn’t proved themselves on the road, most labels will view that as a risk.

Are you open to suggestions and change?
With being signed to a label comes a vast cloud of knowledge. There are people who have dedicated most of their lives to breaking bands and know the ins and outs of what works and what doesn’t. Sometimes you will get asked to do things that won’t make sense to you at first, but the reasons behind the changes will become apparent over time. The worst thing you can possibly become as a band is the “punisher.” The “punisher” creates an atmosphere that makes even the smallest decision something you have to be convinced into. If you aren’t open to change or input from someone else, you most certainly aren’t ready for a record label and should maybe maintain a DIY approach.

Do you view your band as a business, or a hobby?
At some point, every musician needs to sit down and ask themselves this serious question: “Is music something I just want to do for fun, or do I want this to be my full-time job?” If you are serious and want your band to become your career, it's time to treat it like a job. Get up early, set goals and tasks, start managing your money, calculating costs and expenses and printing merch. Is your product good enough, or does it need more work? A record label will always pick up a band that has their business together over one that is a complete mess.

Do you have a fanbase?
On the daily, I receive hundreds of band submissions at Artery Recordings, and most convey the message that “all they need is to get signed.” No music, no shows, no fans, just that message. The truth is, I don’t have a button under my desk I push that makes a band instantly famous with an army of instant fans. All bands take time and effort to develop. Before committing to such a huge task, every label looks to see if you already have “buzz.” If you have “buzz,” most labels hope to intensify that on a bigger scale. So promote, play shows, place ads, premiere videos—all are small steps in the right direction.