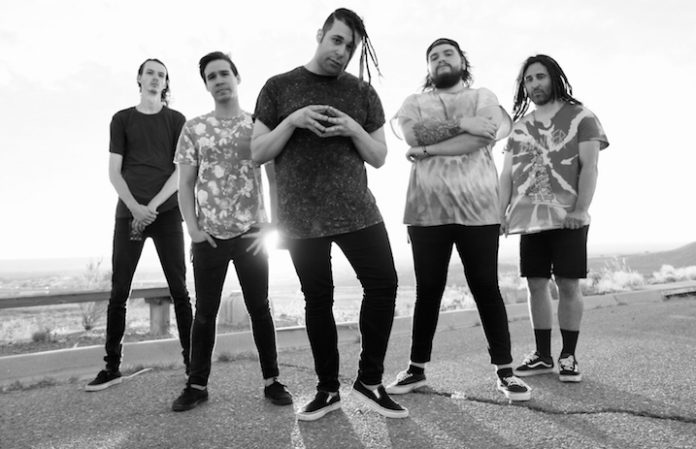 Islander are officially free agents after having quietly separated from Victory Records earlier this summer. Their first move since then is to deliver the new tune “Summer,” complete with a video showing a look at life on the road and a peek at the band’s newest members.

The track was originally supposed to be part of a seven-inch at the beginning of the summer, but Islander and Victory Records found themselves wanting different things and chose instead to partways. “We don’t have a vendetta out against Victory, and we still encourage people to support the bands on the label,” frontman Mikey Carvajal tells AP. “It just wasn’t a good fit for us anymore. I think people are waiting for us to have some kind of crazy Spinal Tap story, and it’s just not like that.”

Being free agents doesn’t faze them, and they look at it as an amazing opportunity to return to their roots, where Carvajal reminisces about doing everything from creating music videos, photos and artwork to booking shows.

The thought of signing again has been brought up, however, with Carvajal revealing they have already been approached by other labels but are in no rush to pen a deal. “We are taking it slow and making sure it’s a good fit before we ‘put a ring on it,’ so to speak,” he says. He also points to artists such as Blink-182 and Lil Yachty, who have dropped singles instead of working in the confines of an album cycle, as proof that the music industry isn’t as it used to be. “The industry is changing, and it’s important for us to stay relevant to what’s going on today instead of what worked years ago.”

Another major change the band have embraced is within the lineup. Carvajal says it’s never easy to explain to fans why band members leave, but it came down to being at different places in their lives. However, the former members stuck around to help find new members before making an official exit. “Some of them had kids and wives, and it just didn’t financially make sense anymore,” he says. “The new guys [David Sharpe, Chris Carvajal, Eric Pedersen, Andrew Fleming] are killing it, [and] I couldn’t have asked for a better group of dudes.”

Islander’s next chapter starts with “Summer,” which, despite back-to-school sales being in full bloom, is bound to keep your head in the warmer months a tad longer. As a self-professed lover of fall, Carvajal relates to the preceding season in a different way, revealing it was a time when he could put his responsibilities aside. He describes the tune as a feel-good song, explaining it was spawned in an effort to express hope for a better tomorrow in what he refers to as the current “trying times.”  Carvajal hopes the song evokes that stress-free feeling he remembers, especially in the lyric: “We all look happy on our Snapchat, but we all know filters can lie/How can we see tomorrow, if we’re scared to walk outside?” He describes the song as an overarching metaphor for having freedom. “We aren’t living in easy days, and I just want people to take a step back, relax and be good to one another, so we don’t have to just pretend like everything is okay on the internet.” “Summer” was created with their longtime producer Cameron Webb (Alkaline Trio, NOFX) back in May as one of two songs put together in two days. The band chose to keep going back to Webb because he never tries to change them and instead brings out their best, according to Carvajal. “He knows what we are capable of and doesn’t allow us to be lazy,” he says. “That’s really why we keep going back to him. He has a punk-rock mentality in an industry that seems to be losing some of that.”

As far as how the sound itself has progressed since their last LP, Islander didn’t set out for a deliberate change and instead chose to go with the flow. Carvajal explains they don’t tend to think too hard about it, creating a mix of punk, new wave, reggae, hip-hop and hardcore. “I’m still just making the music I want to make, [and] I don’t think we should try to label everything so much or try to pinpoint a certain style to everything,” he says. “Islander will never be just one style of music”
With the new lineup and their free agent status, Islander’s next plans include moving ahead with their current tour supporting He Is Legend (dates below) before re-entering the studio this fall.

“I’ve always had that punk rock DIY spirit when it comes to making art, so in that respect it comes natural for me,” he says. “Not having to ask someone for permission to get your art to your fans feels incredible.”

Check out Islander on tour: