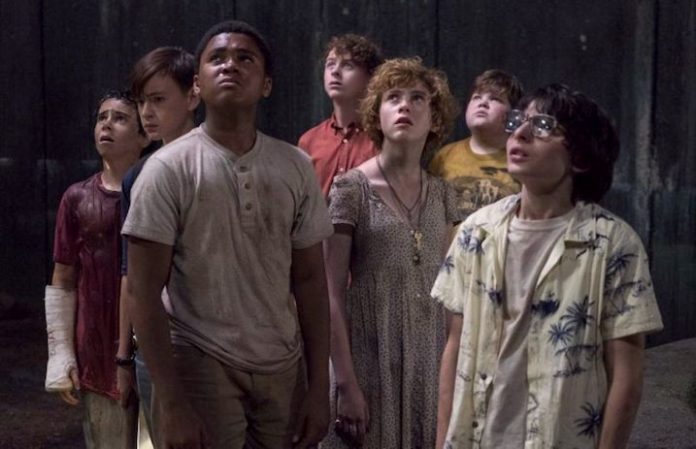 Now that the It remake is terrorizing everyone across the planet, it’s only right that we have a look at what little references and throwbacks were hidden amongst the horror. If you haven’t seen It yet, you’re missing out. One of the best Stephen King adaptations in recent years, the film’s attention to detail is nothing short of incredible, and the mixture of laughs and terror will keep you on your toes throughout.

So, while you’re watching the Losers’ Club try to figure out just what the hell is going on in their town, see how many of these you can spot, and let us know what we might’ve missed — because movie tickets are expensive and we’re still reeling from the last viewing.

Read more: 11 things we may see in It Chapter Two

Big deal, right? Well, since It appears every 27 years, and the mini-series came out in 1990, that would make it 27 years since the last iteration. Let’s hope we don’t have to wait a quarter of a century for the next movie…

And speaking of: In case you weren’t aware, the book is divided into two parts. The first part takes place in the ‘50s and the second, you guessed it, 27 years later. The movie sequel, Chapter 2, while not being greenlit as of yet, is purported to be even more terrifying, which is great. Just great. Fantastic…

Yes, we used this before in our horror movie easter eggs gallery, but it’d be rude to leave it out, right? Proof that the level of detail in this remake is extremely high.

From Beverly being called Molly Ringwald to a few movie posters, including A Nightmare On Elm Street 5 and Lethal Weapon 2, the 1989 real world is well and truly alive in It.

Now, granted, it’s in the original book, but the shot of the blood gushing out in Beverly’s bathroom is strikingly similar to the scene in A Nightmare On Elm Street, which was released 1984. Maybe Pennywise was a fan of Freddy Krueger’s work?

If you’ve seen the ’90s mini-series, you’ll know this is what Pennywise says to Richie in the third act. In the book, though, his friends tell him this to shut him up. Sadly, that’s removed in this iteration and is instead replaced with a rather blase “Hey, Richie, shut the hell up” — or words to that effect. They’re pretty potty-mouthed, these kids.

A bunch of kids in T-shirts, what could that possibly mean? Well, nothing really; it’s what’s on the shirts. Richie wears a shirt with a Freese’s logo, an actual department store in Bangor, Maine, until 1985, while Bill’s shirt has a Tracker Bros. Trucking logo. An important nod to what’s to come, in the books, adult Bill first meets Pennywise again at an abandoned Tracker warehouse.