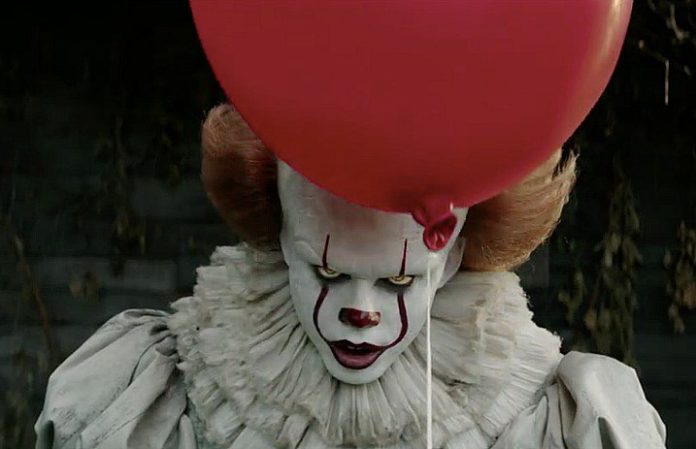 Pennywise and the Losers Club truly killed it with a projected $123 million opening weekend for the 2017 reboot of It. The film gives a facelift to characters viewers first met in a 1990 miniseries, both of which cite Stephen King’s 1986 novel of the same name as source material. While It’s box office results have already made it the largest opening for a horror movie, there is still no official announcement of a sequel. However, even before the numbers came rolling in, the film ended with a title card that included Chapter One and a disembodied laugh from the dancing clown himself, both of which hint that the story is far from over. Here are just some of the things we may be seeing in Chapter Two.

Read more: This video compares the new It movie to the old miniseries, and it’s awesome

Flashbacks to the Losers Club as kids

The original miniseries was arranged as a nonlinear narrative between the late ’80s and ’50s, using flashbacks to childhood as a main storytelling tool. Here, we first meet the Losers Club as adults, reflecting on their promise to return to Derry, Maine, if It ever returned to terrorize the town. Obviously he does, and they must reunite to stop him. In the 2017 feature film, we only meet the Club as preteens and instead start in 1988 with their first encounter with It. The choice to focus on the kids wasn’t surprising, given producer Dan Lin revealed the film was envisioned as a two-part piece from the beginning to give the book the proper treatment. Since the film’s release, director Andy Muschietti discussed the pending sequel with Entertainment Weekly, revealing that while the second film will focus on the adults honoring their blood oath to return to Derry should Pennywise resurface (presumably 27 years later, in present day), the kids will snag some screen time in the form of flashbacks. He describes the continued usage of the kids as “a very big part of the action.”

The Losers Club as successful adults

Like its miniseries predecessor, we should anticipate seeing the Losers Club living successful lives 27 years after supposedly beating Pennywise, some of which was foreshadowed in the 2017 film. Ben first meets Beverly while carrying a model of Derry’s standpipe water tower (that is also on the postcard on which he writes a poem for her). That school project may be a nod to his future career as an architect.

Another possible foreshadow comes as the group parts ways after disagreeing on how to handle Pennywise after their encounter at the Well House. Mike tells them his grandfather was right about him being an outsider and needing to stay that way, as in the miniseries Mike is the only one who doesn’t leave Derry as an adult, becoming a librarian and living alone nearby.

A darker outcome for Mike

In the It miniseries, we first meet Mike creeping around a Pennywise-induced crime scene. After stumbling on a picture of Georgie 30 years after his disappearance, he reaches out to each member of the Losers Club to get them to make good on a promise to return when It does. Andy Muschietti revealed to Entertainment Weekly that Mike will once again be the only one to stay in Derry and therefore the reason they all come back. However, he has a darker vision where staying took a toll on him and he’s become a “librarian junkie.” Muschietti expands on this by explaining Hanlon wants to figure out how to defeat Pennywise and believes the only way he can do so is by taking drugs to alter his mind.

An all-star adult cast or some relatively unknown actors

In an interview on Entertainment Weekly’s SiriusXM station, the teens portraying the Losers Club (minus Jack Dylan Grazer as Eddie) revealed who they believed would be the best choice to portray their adult counterparts. Among them included Jaeden Lieberher (Bill) choosing Christian Bale, Finn Wolfhard (Richie) choosing Bill Hader, Chosen Jacobs (Mike) choosing Chadwick Boseman, Sophia Lillis (Beverly) choosing Jessica Chastain, Wyatt Oleff (Stanley) choosing Joseph Gordon-Levitt and Jeremy Ray Taylor (Ben) choosing Chris Pratt. Although no one has officially been cast yet and despite the pretty spot-on suggestions, director Andy Muschietti’s sister and producing partner Barbara Muschietti revealed to Entertainment Weekly the producing team have been mulling over it since the first chapter was shot. Other members of the team have also suggested they find relatively unknown actors if established adult doppelgängers for the young cast are hard to come by.

It stays true to its late-’80s setting with some decade-appropriate tunes. The soundtrack features the Cure’s “Six Different Ways” while the kids clean up Beverly’s bloody bathroom, “Antisocial” by Anthrax during the epic rock war, “Bust A Move” by Young MC as Beverly sunbathes, and XTC’s “Dear God” for a montage of the Losers living separate lives. The movie also works music into its plot, with bully Henry Bowers’ lackey Belch sporting tees from Anthrax and Metallica, and a running joke between Beverly and Ben over the latter’s love of New Kids On The Block. With the film’s numerous nods to ’80s acts, it’s expected the sequel will put just as much thought into securing the perfect soundtrack.