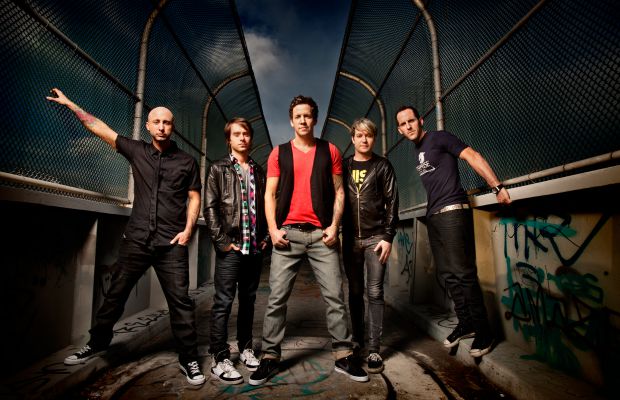 For all of the truly terrible things in the world (disease, terrorism, Nickelback et al), it’s heartening to know that artists in our community are quick to put their time and money where their mouths are. This year's Alternative Press Music Awards is honoring these people with the Artist Philanthropic Award, presented by Sub City. Simple Plan are nominated for their work with the Simple Plan Foundation.

In 2005, Canadian pop-punks Simple Plan started their eponymous foundation, an all-encompassing organization providing help to teenagers undergoing a wide range of difficulties, from bullying to depression to drug abuse to wartime displacement. It also raises money for a variety of charities including the funding of music rooms and musical training in schools to help young people find a purpose and passion in life. To date, the foundation has raised over $1 million for the many causes it supports.

“Every year, we have a big benefit concert where kids helped by the charities we support talk about their experience,” says drummer Chuck Comeau. “Last year, this punk-rock kid walks up onstage, and I’m like, ‘What is he going to say? He’s not going to like our band that much!’ But he got up and explained that because the foundation gave money to his school, his band, who were about to give up because they were really poor, were able to keep going and they eventually won this contest. He’d almost been homeless and had gone through drug problems, but we stopped that from happening. It’s a drop in the ocean, but it feels really special.”

Tune in to the APMAs to see who wins the Artist Philanthropic Award, and learn more about the Simple Plan Foundation on their website or Facebook page.