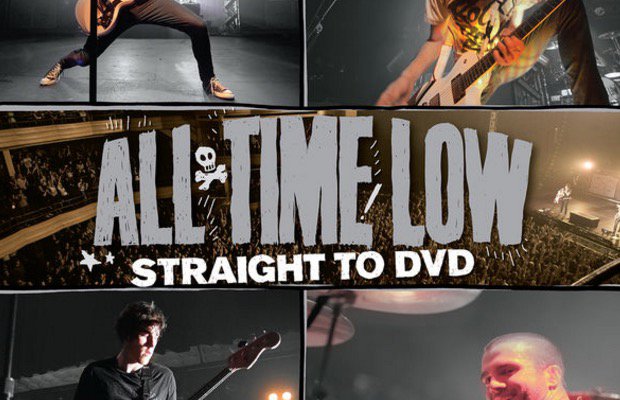 The opening seconds to All Time Low’s Straight To DVD II pick up right where the last tour documentary leaves off. Following the band directly from the release of 2009’s Nothing Personal right up until the beginning of 2016, this tour documentary/live DVD combo is meant to give fans a peek backstage, in the tour bus and around the studio. And, well: It delivers in spades.

Featuring all-new interviews of each member of the band, plus tons of never-before-seen footage, it’s complemented by sit-downs with scene stalwarts Mark Hoppus (Blink-182) and Joel Madden (Good Charlotte), as well as Vic Fuentes (Pierce The Veil).

Mostly, this doc is an exercise in balancing the serious with the just plain crazy. There’s genuine introspection when they retreat to record 2015’s Future Hearts with legendary pop-punk producer John Feldmann, but also enough moments of Jack Barakat nudity to keep you laughing. Even if you’re a diehard fan, you might not have known about the presence of a Flip Cup Room on their U.K. You Me At Six co-headliner, or have seen footage of Soundwave Festival in Sydney, when a torrential downpour forced them to cut their set short and resulted in Alex Gaskarth coming out to sing “Weightless” acapella with the crowd. There’s a hilarious few minutes of everyone ripping on Barakat for acting like a “spoiled, 16-year-old girl” on his birthday, as well as plenty of Jameson-hatred on the Spring Fever Tour with Pierce The Veil.

But drunken nights (and mornings, and afternoons…) aside, the refrain of the entire film is how much of a family ATL fans really are, so much so that it begins to feel like a documentary about them, just as much as the band. Fans from the U.S. flew out to see the Wembley show that would be recorded for this DVD. Thousands of people would meet the band at the airport in foreign countries. Their hometown show in Baltimore is repeatedly called “one big party.” So while the original Straight To DVD might’ve felt like a validation about what makes this group of nutcases so important, S2D2 is a celebration of why they are (and will continue to be) relevant to such a large group of people.

Oh, and dick jokes. It wouldn’t be an All Time Low production without dick jokes.