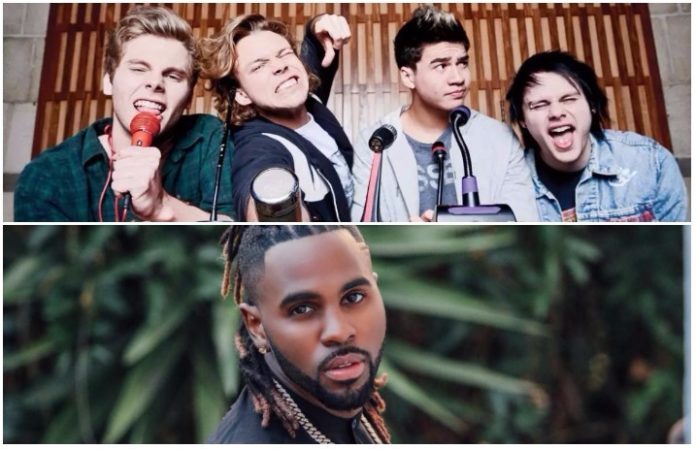 Way back in 2014, Jason Derulo reached out to 5 Seconds Of Summer via Twitter direct message, and the guys were straight-up stoked about it.

Derulo’s subtle DM slide read, “Hey!” to which the 5SOS guys responded with an enthusiastic “Hey man! Whatsup?” only to be left hanging with no response. The guys unearthed the tweet two years later to expose him for not getting back to them.

It's been 2 years Jason pic.twitter.com/qCaNU9CtwV

Read more: QUIZ: How well do you know the lyrics to 5 Seconds Of Summer’s “Good Girls”?

“I remember the morning you DMed me. It was a cold London morning and I was walking into the van and I saw your DM and it just brightened my day,” Calum Hood said in a video directed to Jason. “It just hurts that you haven’t replied.”

Michael Clifford interjected Hood’s cries, “I just want to let you know, Jason, that Calum’s waited everyday for the past two years. He’s looked at his phone every day. If you’re watching, please have a heart.”

After pleading in interviews, heartbroken about not getting a reply, and getting 5SOS fans to help get his attention, Derulo finally got back to them.

It's been 2 years Jason pic.twitter.com/qCaNU9CtwV

Although we never found out what went down in the DMs after he answered two years later, we know the guys were psyched Derulo did, in fact, have a heart, and the convo continued on.

Think 5SOS’s love for Derulo is super-random? They’ve actually been stans for quite some time. Here’s proof: