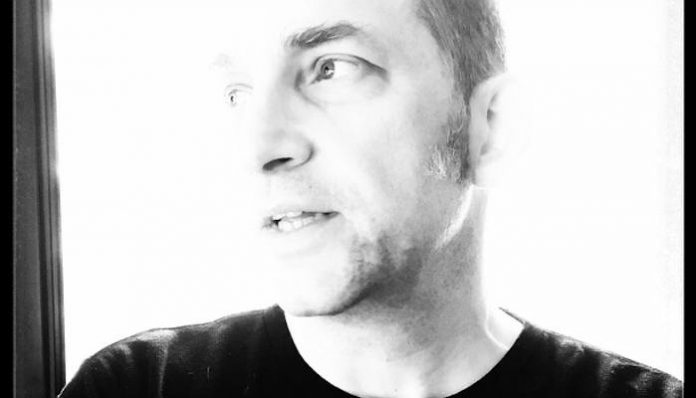 The reconvening of post-hardcore legends Jawbox was a high point of this past summer. It wasn’t the only high point for guitarist/vocalist J. Robbins, though. He was able to finish his first proper solo album, Un-Becoming, that was released by Dischord in May.

Having dedicated a year-and-a-half’s worth of weekends in support of Jawbox, Robbins is going on a brief run of shows beginning today. To herald the shows, he recently issued two new songs. “Winter Sun” is a “semi-autobiographical” song that was left off Un-Becoming. The other is a cover of the legendary John Cale’s “Magic And Lies,” a song with a bright melody that’s paired with some depressing lyrics about people who are patently broken. (The song was released in 1982, predating today’s current dark-pop cotillion.)

Jason Pettigrew talked to Robbins about his choice of covers, the chicken or the egg argument (the solo album or the Jawbox reunion) and how you can grow old in punk with both dignity and an open mind.

“Magic And Lies” is one of my favorite John Cale songs. But it’s also depressing as hell. All the characters he’s singing about are patently sad.

J.ROBBINS: Exactly. It’s funny because I was talking to Brooks [Harlan], who plays bass on the record. The lyric, “Look at that sweet thing/Packaged oh so tight.” I was like, “Do I feel comfortable singing these lyrics?” And then it occurred to me that it’s just very like all the characters in that story. The common thread is these are people who are lost in some kind of illusion about their lives. Whatever it was they thought they were doing, it didn’t turn out the way they pictured it back then.

What’s the story behind “Winter Sun”? Was it left off Un-Becoming? Or is it something new?

I probably recorded 14 or 15 songs [so I could] decide the ones that would get on the album. “Winter Sun” was one of my favorites, but when I was trying to sequence the record, it didn’t fit. I thought it would be a good thing to hold back and release later on so there wouldn’t be a case of, you know, waiting another four years before I released something.

Did the experience of Jawbox reconvening have any kind of bearing on you going out as a solo artist? It took up all of your weekends this year…

And a whole year of preparation before that…

Did it directly or indirectly affect what you would do with regards to the promotion of Un-Becoming?

Well, there was definitely not any grand plan. I was working on my stuff for three or four years on and off without a specific goal. I had to put it together in little fits and starts, because there’s a lot going on for me with work and being present as a parent and a husband. I had to set the making [of] the songs for Un-Becoming that had to fit into available time.

After it was done, I thought, “Now that it’s done, how long am I going to wait to release it?” I just wanted to be out. And it so happened that the release coincided almost exactly with the Jawbox tour. I just thought, “Well, that’s the way it’s going to be.” Maybe that’s even better because it’s certainly more likely that more people would come out to see Jawbox than [they] would have come to see J. Robbins’ band tour. But really, there was zero calculation. So by now I thought Dischord was good enough to put this record out. I should really try to get behind it and go play these songs live.

Read more: Yours break down depression in haunting, acoustic “Summer Is Bad” video

You’re doing it in a very small window.

Seven dates. I can’t see being away from home longer than that, honestly. And that’s fine. I love playing, and I want to do more. But, you know, I’m 52 years old. The facts of getting in a van and going and driving across the country for six weeks are very well known to me, and it’s not that compelling to me to go do that. But it is compelling to me to go and play music for people. So I never want to be done with that. I just want to do it in a way that’s smart and healthy and respectful of what my life is actually like.

We’ve got some things cooking next year that I’m not allowed to discuss.

I remember a quote by L.A. punk veteran Paul Roessler. I’m paraphrasing here, but his statement was when people say that there’s nothing cool, it’s just showing how out of touch they really are. What advice would you relay to somebody who might be older—or younger—who seems impenetrably jaded?

Well. [Pauses.] I don’t know that I relate that well to that attitude. I understand why someone may feel that way, but I think creativity is not this. It’s not that finite. It’s not that quantifiable.

People will always have to get things off their chest. And they will. I mean, this is communication, you know? So if you hear something and you call bullshit on it, I guess that’s a judgment for you to make. But it’s exhausting if all you want to do is call bullshit on things.

I mean, people do have legitimate reasons for creating things. I think it’s probably more exhausting to be over it than it is to keep an open mind and find things to get psyched about. Advice? “Live a little.” [Laughs.]