“It should not take a bush league punk-rock musician to point this shit out,” announces punk icon Jello Biafra, born 62 years ago in Boulder, Colorado, toward the end of our three-hour conversation. And what “shit” would Jello Biafra be talking about? For a start, how about the Interstate Crosscheck program, voter fraud, the rise of Rush Limbaugh following Ronald Reagan’s dismantling of the Fairness Doctrine and how Donald Trump couldn’t even manage the storming of the U.S. Capitol Building Jan. 6. That’s the first 15 minutes. And we’re supposedly promoting his face-shredding new album with his band the Guantanamo School Of Medicine, Tea Party Revenge Porn.

But calling himself a “bush league punk-rock musician” is about as ridiculous as calling Jack Kerouac a “minor American author.” Or Jimi Hendrix “a pretty fair guitarist.” Some might quibble, but Biafra’s work fronting San Francisco’s Dead Kennedys politicized American punk rock. He possesses a keen, vicious satirical eye: Debut single “California Über Alles,” alone, envisioned a “zen fascist” U.S. presidency under former California Gov. Jerry Brown. His “suede/denim secret police” rounded up ordinary American citizens and shipped them to reeducation camps, where they’d “mellow out, or you will pay.” Mind you, the rise of Reagan two years later proved to Biafra that the conservatives were bigger fascists.

DKs transitioned into the hardcore era and became a primary attraction on the worldwide punk circuit before being harassed by forces for censorship of rock music; they were the first band sued for obscenity, over the inclusion of HR Giger’s famed painting “Work 219: Landscape XX” (aka “Penis Landscape”) in 1985’s Frankenchrist LP. The pressure from the trial helped split the band in 1986. They won the case in ’87. Biafra went on to a career as a free-speech advocate and spoken-word artist, as well as a musical collaborator with edgy luminaries ranging from Ministry (under the name Lard) to the Melvins. His spoken-word work has morphed into his “What Would Jello Do?” video rants on Alternative Tentacles’ YouTube channel. Meanwhile, Tea Party Revenge Porn surgically dissects everything from Trump to selfies, set to the most explosive and dangerous update of the classic Dead Kennedys sound yet. New single “Blunder Blubber,” released the day after Limbaugh died, celebrates the demonically nasty conservative talk show host’s passing with a catalog of his dastardly deeds. We join Biafra for the first part of this sprawling conversation after he paid a cat sitter who’d been watching his San Francisco apartment, following a brief trip.

It’s been a little while since we’ve heard any music from you, and this album is a really good one. But you haven’t exactly not been busy.

Have you heard about the Interstate Crosscheck program? There’s a book about it by Greg Palast, who’s also the guy who exposed how [George] W. [Bush] stole Florida [in the 2000 presidential election], and how [Al] Gore, [Joe] Lieberman and even CBS News didn’t want his dad [pressuring them] or anything. They just rolled over and let it happen, possibly because that was part of the “fix.” Who fucking knows? But before 2016, he put out a movie with the same title as his old book, which is The Best Democracy Money Can Buy. It predicted how this Interstate Crosscheck program would affect the 2016 elections. The program was coined by an extreme-right wunderkind from Kansas named Kris Kobach [former Kansas secretary of state], the same guy who wrote the show-me-your-papers law for Arizona, to pull people over and throw them out of the country for driving while brown. Even if their family had been citizens for generations.

So Kris Kobach got 29 states to hand him their entire statewide database of voters. And he shuffles all the cards together and then puts it into the Crosscheck program designed to flag matching names. Because anyone whose name matches someone else, well, they must be the same person voting twice, right? Palast proved that the way this was programmed, it flagged names like “Washington” because three-fourths of the people named Washington are African-American. If your name was “Jose Gonzales,” all 5,000 of you didn’t get to vote, and most of you don’t even know it. “Where were all the Black people for Hillary [Clinton] in North Carolina? Why didn’t they show up and vote for her?” Well, they probably actually did. That was a very narrowly decided stack of electoral votes, and Palast after the so-called election of 2016 said, “Look at that 12,000 vote difference. At least 75% were thrown off because of Crosscheck.” At which point I still went, “OK, where was Bernie Sanders? Where was Elizabeth Warren, or for that matter, where was the Hillary monster?” Who’d been trying to make herself president for at least 12 years by then.

They had to know this was going on. And the only person who was going to let Palast on a cable show was Joy Reid on MSNBC. But Palast told me—you know we know each other through Winston Smith, ’cause Winston did a couple of CD covers for him for his spoken-word stuff—he told me this time that Crosscheck itself collapsed because the ACLU suit he helped with against Kobach himself and Kansas proved it. So it all fell apart, but who knows? Maybe they didn’t even think they needed it. You get all these predictions every time: “There’s gonna be this big blue wave! So and so is gonna win here! Nobody in their right mind would reelect Mitch McConnell again, etc.” Then it doesn’t happen, even if the exit polls show that it did.

When the Trumpzis bitch and moan and say they want a great big investigation of voter fraud, I say bring it on. Make sure the chair is somebody like Stacey Abrams and investigate all of the voter fraud, going at least as far back as 2000.

When I called you to set up this interview, I told you that I had an agenda: I wanted you to analyze recent events. You just told me to listen to your album. Sure enough, you covered every topic I wanted to discuss on the album!

Did you hear the new single, “Blunder Blubber?” I had that one kicking around forever! I wrote it during the Clinton era, when Rush Limbaugh first reared his ugly head. The media had been so bought off by corporate ties by then [that] they made him an overnight pop star because of what an extremist he was. And look what happened there at the end of the day. The Fairness Doctrine was a law passed to get rid of hate and even pro-Hitler talk radio in the 1930s during the Depression. All the law said was that fair was fair: You talk shit on your show, you’ve got to let someone else reply on the issue. In the ’80s, the Fairness Doctrine expired, and President Reagan vetoed its renewal. As soon as that got lifted, we got Limbaugh. Then Bill Clinton and Newt Gingrich banded together once again, just like they did with NAFTA and the GATT treaty, wrecking the welfare system, wrecking the safety net. They put through that Telecommunications Act of 1996, which even Bob Dole called “corrupt” at the time. Suddenly a family, a rich family, or more likely a corporation, could own all the different broadcast outlets they wanted in one territory instead of just being able to only own one. Overnight, we’ve got Clear Channel. Overnight, we got Fox News. By then, it wasn’t just one Rush Limbaugh—it was an army of Rush Limbaughs So you really do have trouble. You don’t have your satellite radios helping driving across middle America. You turn on your radio, and every single station is all hate, all the time.

Of course, that’s all intentional. Because the dumber and more reactionary you make people, and the more you have them focus on the wrong targets instead of the right ones, the more you can get all these people worked up on bashing people of color and immigrants instead of going after the very bankers and corporations who laid them off at their jobs around the country. I think Michael Moore is totally right when he said, even back then, that most of the people who fall for the Rush Limbaughs or Trump or whatever? When you look at what they’re actually upset about, they’re on the same side we are. And they just don’t know it. I mean, they’re worried about feeding their family; they’re worried about having a roof over their head; they’re worried about having a fucking job. And some semblance of a quality of life. And that’s why the hate machine is in overdrive on so many other networks and outlets and internet stuff besides Fox.

Can you imagine if all those people who stormed the Capitol Building had stormed Exxon or Goldman Sachs instead? That’s what they’re worried about ’cause they know how close that is to happening.

Yeah, that was a scary day for me. But as you pointed out in your What Would Jello Do? video blog, Trump could not even properly manage a riot! [Laughs.]

Oh, no! How many people seriously thought a ragtag bunch of racists and gun nuts who run around playing army—if they ever even drill at all—could somehow depose The Pentagon? [Laughs.] Our real military didn’t even have to do anything. You know, until the National Guard eventually came in, and the delay on that is something that I hope is investigated thoroughly. But by then, Trump was back at the White House, wolfing down more cheeseburgers, watching the whole thing on TV and cheering like it’s a football game or something. 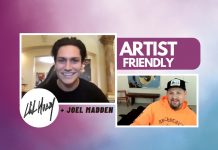