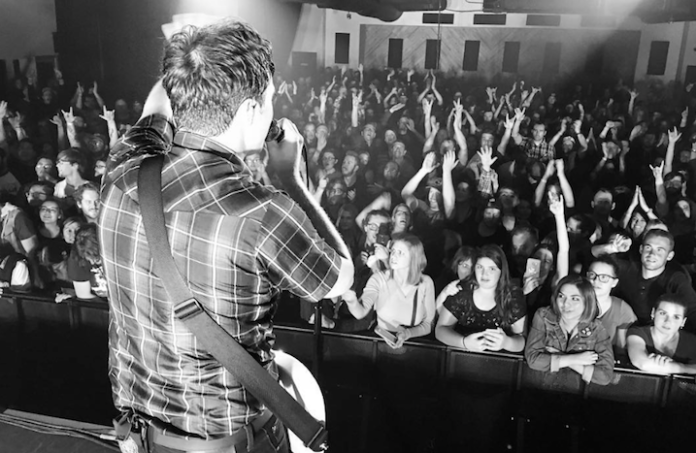 Whether you’re into rock music or not, Jimmy Eat World are one of those bands that are universally known. The band have been thriving since the ’90s and still are going strong with the recent release of their record Integrity Blues and actively touring in support of it. But instead of focusing on the present, it’s time to look back on what they’ve accomplished as their 2007 album, Chase This Light, turns 10 this year.

One of if not the most catchy record of the Arizona-born band’s career, Chase This Light, arrived around the midway point of their discography (thus far, at least). As such, it makes analyzing the band’s development and impact all but unavoidable. Chase This Light brought the band’s experimental side found on previous records (Clarity, Bleed American) to meet with their ever-strengthening single-writing abilities. “Big Casino” and “Let It Happen” are the joyful hits that fans dance around to, while “Gotta Be Somebody’s Blues” and “Dizzy” are the slow-building, darker and more contemplative tracks that round out the band’s defining sound. It’s not just a halfway mark on the band’s timeline, but on their sonic evolution as well. It is a reminder that Jimmy have had their fair share of radio play, but all the while have remained true to their punk origins. While it’s true that pop-punk bands such as Blink-182 and Sum 41 attract more mainstream attention, Jimmy Eat World possess a greater foothold when it comes to pure rock. It is for this reason that Jimmy have had such a lasting influence on all branches of rock fans, from indie all the way to hardcore.

Jimmy Eat World are, in a way, a kind of station through which all other bands pass. Their songwriting is consistently substantial and genuine and has, through the years, provided a jumping off point for listeners. When one goes to a Jimmy Eat World concert, Coldplay fans can be seen standing side by side with Every Time I Die fans and Slipknot fans. Because of the professional level of their musicianship, even from the very beginning, Jimmy have earned the respect and admiration of people from all ends of the music spectrum, from All Time Low’s Alex Gaskarth to Black Veil Brides’ Andy Biersack and even Taylor Swift. This is thanks to the fact that the band themselves rely on a vast array of motifs, from blues, emo, instrumental and grunge. The band have also cited Fugazi, Def Leppard and the Velvet Underground as some of their personal influences. From those foundations, it is only natural that listeners find their way from Jimmy to other genres with ease.

All in all, Jimmy have been and continue to be a point of convergence and departure for their fans, which illuminates just how far of a reach their songwriting has. So as we celebrate the 10th birthday of Chase This Light, let us look back on the entirety of the band’s career and what they’ve done for not just one, but many music scenes.

Read more: QUIZ: How well do you know the lyrics to Jimmy Eat World’s “The Middle”?