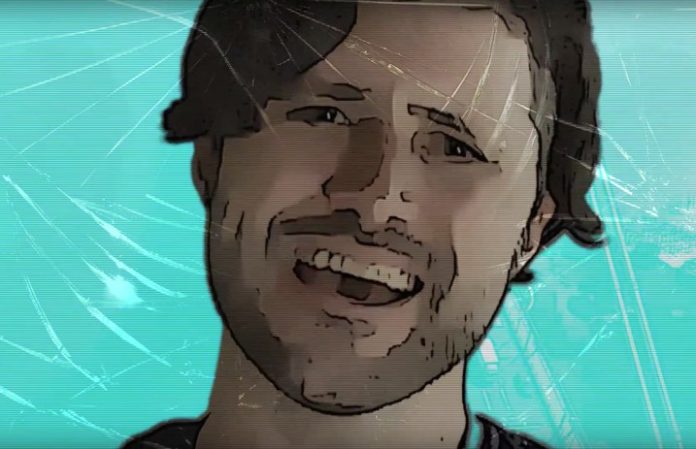 John Nolan (Taking Back Sunday) has debuted a brand new video for “Lost With You,” a track from the emo comedy film (Romance) In The Digital Age.

Though Brescia came up with the concept for the video, Nolan has his own idea of the overall message of the song: “To me, it’s about the feeling of being insanely in love and just so excited and committed to that wild rollercoaster ride that nothing else matters.” The lyrics help to drive this message and Nolan explains, “The line, 'Too much living gets you too close to dying' really resonates with me. The question of when an adventurous, risk-filled life crosses from positive and life affirming to negative and destructive is interesting to me.”

Watch the music video for “Lost With You” below:

Writing music for a movie is not an everyday job for a touring musician, but Nolan was up for the challenge and enjoyed the process. “It’s exciting to make music in a context other than an album,” he explains. “It’s really fun to have my music be a smaller part of a bigger project. There’s some freedom there. It’s also really fun to watch a movie and see your contribution to it.”

If you're looking for something to watch during the holiday season, (Romance) In The Digital Age is a great choice. “Any time there’s a story told in a holiday setting, I think you end up seeing parallels to your own experiences with friends and family during the holidays,” Nolan states. “That can be good or bad depending on how things are depicted, but in this case it’s all positive and heartwarming.”

You can watch (Romance) In The Digital Age on Amazon or iTunes, and download the soundtrack here. The soundtrack is also available on vinyl, and you can purchase it here.