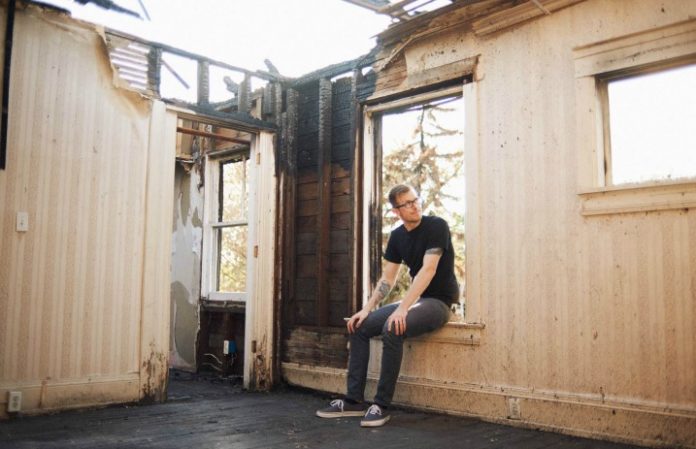 My name is Jonathan Diener, and after thirteen years of playing in my touring band, The Swellers, we broke up and I had to move on. I'm a writer now, but will always keep music as a priority. After months of being home working on new bands, my friends Versus The World asked me to fill in on drums for their tour of Japan. It was an amazing opportunity full of introspection and life lessons. The next chapter of my life starts now and I'm here to tell the story.

I have been touring the world since I graduated high school, but even in my late-20s, I share the same convictions as when I started. Other than drinking coffee, I don’t do drugs or drink alcohol. I also don’t eat meat or most animal products. With these dietary restrictions, touring the United States can be rough at times, but let me tell you, it’s very literally a whole new world when you cross the sea. (I didn’t mean that to sound like the beginning of a Disney song…) So how do I survive as a straightedge, vegetarian in a world full of sex, drugs and rock ‘n’ roll?

Let’s start with drinking and drugs. It’s no secret most musicians love to party hard. The monotony of traveling in a van, bus or plane for hours everyday, playing the same songs in similar venues and then hearing the same things starts to beat you up inside. Now repeat this for years and years. There are a few ways to deal with that, but when you’re being handed drink tickets as you walk into the venue, they have most likely been decided for you. I’ve been going to house parties and shows since I was 14 years old, so as a non-drinker, I don’t have a problem with people who do. In my bands, as long as people would wait to get wasted after we played, we’d let them do whatever they wanted. We lucked out and never had drug abusers, so handling drinking was easy for my brother and I.

After the show is the afterparty, and after the afterparty is when you become a babysitter. We have an eight-hour drive starting early the next morning and your dudes are out at a bar trying to close the place down. Knowing you’re the sober one, you’ve become the designated driver. Yes, this will always happen. Prepare yourself. As the night progresses and you’re doing your duties as either a tour manager or responsible band member, you will be accused of not wanting to have fun or just being a dick because you want to rain on their parade. I’ve learned to take this with a grain of salt and made a mental note of all the times I’ve helped people out and got ridiculed in the process. I like fun, but I also love sleeping enough so I can play drums the next day to the best of my ability, because after all, that’s why I’m out here.

Hanging out at a party or bar after a show is great when you have an exit strategy. After a few years, we realized we could just not go out or secure a ride back to where we were staying after a few hours. I really did like going out, but on international trips you’re often stranded. We realized the people who wanted to sleep could do that, and the party people could get taxis (or now an Uber) back to us. That made touring a lot easier instead of the awkward divide of drinkers and sleepers.

At first, my brother and I were always the wide-eyed kids without life experience to a lot of veteran bands, and in the early years, they would let us know in advance that they were going to strip us of our innocence and turn us into partiers. We’d be offered drinks or made fun of, and we’d just say, “No thanks.” It’s a lot easier than those commercials aimed at millennials make it seem. We just stuck to the things we believed in and as time went on, bands went from trying to “break us” into respecting us for our choices and treating us like equals.

Drinking was a want for people, but eating is a necessity for human survival. And being vegetarian, it was something you focused on more than anything. Before we met more like-minded people, we were relying solely on Taco Bell, gas station peanuts and protein bars. Over time, apps like HappyCow came out that show you all of the nearby vegetarian and vegan options with reviews of each. The meat eaters and veggie people in the band didn’t always have to eat together, and once you realize that divide is a healthy choice, it saves a lot of time and stress. However, when you do get to sync up the two, having a band meal is one of my favorite things.

International tours made eating vegetarian quite difficult. In Japan, being vegetarian was a chore considering most of the dishes without meat were still made with a meaty broth or fish sauce. I was relying on my protein bars and Starbucks (or what I call, “The U.S. Embassy”) pastries for the majority of my nutrition when I wasn’t eating noodles, seaweed and rice. I completely forgot that the only reason it was easy on my trip in 2006 was due to the promoters dropping us off at buffets and the owner coming out to tell us, “Only one hour.” Because, you know, we’re Americans who will eat the whole building if we have the chance.

However, it did give me perspective. Here I am, the complaining, privileged tourist not having my needs met based on a lifestyle I chose. Wishing I had WiFi instead of experiencing my surroundings. This is a country that has had their set ways for centuries. The other guys were able to just point at a menu and play roulette most of the time when it came to ordering food. Sometimes it would be multi-colored mystery chunks of meat floating in a broth, or full fish (heads and all), but they were game to put it in their bodies as I watched in confusion.

When you get to a certain level of touring and get a rider on a daily basis, it eases the pains of looking for food. A rider is an allotment of your choosing pre-negotiated in your booking contract, that has foods and drinks—or, if they have the budget, clothing and other items. We would feast like kings on peanut butter and jelly sandwiches, dip pitas in hummus or salsa because we always forgot to include chips. Normally bands would consider this a snack, but when you were ballers on a budget like us, it was a free meal. The next level is buyouts (money designated for band members to go get food) and catering. Touring bands will agree with this: Germany has some of the best catering ever. Gorge yourself on this, especially on international tours, and you won’t have to scour the streets for scraps.

After traveling the world and questioning myself as to why I chose the life I did, I began to look at things differently and I believe it made me a better person. If someone doesn’t see eye-to-eye with your lifestyle choices, it doesn’t make them a bad person. They’re human, just like you. I know omitting certain things from my life may be strange to some people, but I acknowledge that and know why they feel it. I try not to lash out and although I’ll get cranky from being at a loud party or hungry, I get to play music with my friends. All of us have this yearning for understanding and reason, but it all comes down to us sharing the stage and the struggles of life together. You make it work, because you love what you do.

Also check out Jono's other pieces:

“Touring Japan In A Punk Band.“