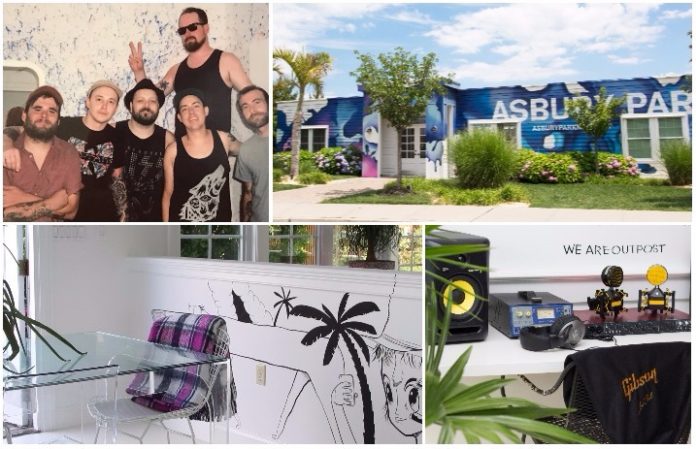 It’s no secret that the music industry is vastly changing at a speed most labels can’t keep up with.  Seemingly offering somewhat antiquated deals, artists sometimes view labels as only bringing a few things to the table, one of which is often the most expensive: tour support.

For the DIY unsigned band, touring can be a harsh, harsh world. Some band members are Uber drivers, while others work at Starbucks on their off-time to save every penny—just to be able to afford the costs for just a small tour. Many don’t realize just how difficult it is to go on tour as an emerging artist without nearly going broke.

Read more: Is your band really ready to be on a record label?

If you have any friends in a band who have done any sort of medium-level tour, or if you’ve ever watched an emerging band document their tour on their Instagram story, you’ll likely see that being on tour includes driving a 12-passenger van in shifts, sleeping in uncomfortable positions, lugging and setting up your own gear, sharing small hotel rooms and beds with your bandmates and eating a lot of gas station snacks. Even bands at the same level, who are signed to a label, are given similar restrictions and have a very small per diem to live on per day, making healthy food decisions practically impossible. Not to mention, the timeframes bands have to travel from city to city often leave them with no time to take showers or find places to do laundry.

Most tours have a lot of expenses, making it harder for your favorite bands to get to your city to play the tunes you love. But one brand strategist and Former musician is changing the game: Josh Cocktail. He, along with his team, have created multiple ventures and organizations to help emerging musicians on the road: Outpost.

Cocktail knows firsthand what it’s like being on tour — he’s served as lead vocalist for the band Radical Something since 2011 — and with that firsthand knowledge, he was able to develop Outpost — a sophisticated rest stop for artists on tour.

“The reality is that touring is not something you really understand unless you’re out there. Whether you’re in a van, a sprinter, a bus or flying around, there’s a lot of things that don’t align with normal life,” Cocktail says. “My goal is to make artists’ lives easier and more fulfilling with support from brands.”

Outpost’s website stresses they are “not a venue,” “not a pharmacy” and “not a collective,” but that they are “everything combined,” including a place for artists to take hot showers, do their laundry and get free healthy snacks and supplies from participating brand partners including Dirty Lemon, Guayaki, Marvis, Califia Farms, D’Addario, Health-Aide Kombucha and more. There’s laundry, hook-ups for your buses, toothpaste, shampoo, conditioner, snacks and places to lounge and chill. Some bands pop in for just an hour, some stay all day.

When asked how the idea really came to fruition, Cocktail says he and his partners at The Participation Agency stepped back and asked themselves, “How do we create impact?” and then strategized to begin adding resources for C-level markets (i.e. small cities) because there are simply less resources in those parts of the country. He adds, “I was looking back at my old tour budgets and realized how much money we spent on the bare necessities: honey, tea, shampoo, etc. We spent thousands of dollars a month at places like Target and Walmart, and we said, ‘What if we could help these artists use their influence to influence emerging brands that fit these needs of daily life?’”

Not surprisingly, being on the road means giving up some of life’s necessities we take for granted. Cocktail says, “Plenty of venues don’t even have laundry. You often don’t have time to take a shower, and eating healthy is almost impossible. Outpost was built to sustain the health and wellness of artists while taking care of their daily needs.” Perhaps his view of “aligning brands” is what makes the Outpost model work best. “When I say align, I’m referring to building out relationships between brands and artists and understanding that it’s not about a check, but about a mutually beneficial value that reflects positively on both parties,” he says.

To grow Outpost and ensure its success, Cocktail had to keep the company’s focus on the community to overcome any roadblocks, and he credits each of the communities with supporting each location. “We did this on our own. We believed in this program and knew what it would mean from a long-term perspective. The program is just as much about the community we put the Outposts in as it is about the artists coming through. A lot of our job was meeting with local governments, local city council members and the unofficial mayors of these cities, getting them to understand that we’re here to support what [everyone is] building in [their] communities. So much of what we do is based around the people in [each] city who are supporting and shaping the culture,” Cocktail says.

The current open locations include El Paso, Texas and Asbury Park, New Jersey, with a third location planned for downtown Las Vegas to open in the next few months alongside the Life Is Beautiful team. Cocktail says that they also are planning to roll out two more locations for a total of five by the end of the fall touring season.

Musicians who have benefitted from Outpost’s brand alignment opportunities stretch everywhere from Judah & The Lion, Chelsea Wolfe, A R I Z O N A, Girlpool, the Lonely Biscuits, Passafire, Smallpools and Vinyl Theater, to bands heading out on their first U.S. tour run. Cocktail says that the comment that always validates what they are doing is hearing multiple people say: “I can’t believe this exists,” adding, “Imagine having a 10-hour drive and you’re in the middle of nowhere, and you stop in a place that was built just for you and your specific needs?”

So what is the criteria for a band to visit an Outpost location? Cocktail says you just have to be “grinding it out” on the road. “Since we’ve opened, we’ve had over 200 bands and artists come through, and it’s becoming a situation where we don’t have the bandwidth for everyone, but we’re definitely trying to get in as many people as possible.”

As for Cocktail’s next party trick, who’s to say what he might come up with? He says, “I love the world of experiential. I just want to continue to do innovative things that I believe in to shape brands and support all the talent out there.”