Unknown Pleasures, the gloriously bleak debut album by Manchester post-punk band Joy Division arrived exactly one month before lead singer Ian Curtis’ 23rd birthday and 11 months before he would hang himself by the neck and die.

Curtis would see a small amount of positive critical reception and modest sales in his brief life with the release. He would not live to see the song “Love Will Tear Us Apart” become a cult hit on the release of the band’s follow-up record, Closer. Nor would he see the rest of his band members become one of the most influential and successful electronic acts of the next three decades under the name New Order. These things may have come as a surprise to the downcast and shy singer, but nothing could’ve been more shocking to him than the total ubiquity of the band’s reticent, often clumsy first record, Unknown Pleasures.

Starting just over a decade ago, the record became synonymous with a kind of post-modern dread that was pervasive in our collective day-to-day lives. The cavernous, empty-sounding recording; the caustic, medicinal guitars; and especially the prophetic-sounding mix of authors William S. Burroughs and J.G. Ballard that Curtis delivered in a flat, affectless baritone all seemed to reveal the world as it actually was growing up in the post-post-industrial decades of the ’80s and ’90s.

The album’s iconic cover art, in particular—a black-and-white graph of pulsar emissions adapted by Peter Saville—came into fashion among designers, artists and musicians as a semaphore to convey that they “got it:” They were in on the secret message contained in an album that had once been a true Unknown Pleasure. They were in the club; they knew the secret password; they were part of the few, the chosen, the cool. Of course, the great irony was that by the time Disney was pumping out T-shirts with Mickey Mouse ears in the Unknown Pleasures style, there were more people inside the club than out. It seems like a development that would drive a sensitive outsider to suicide, though that point has probably been moot for at least 39 of those 40 years. 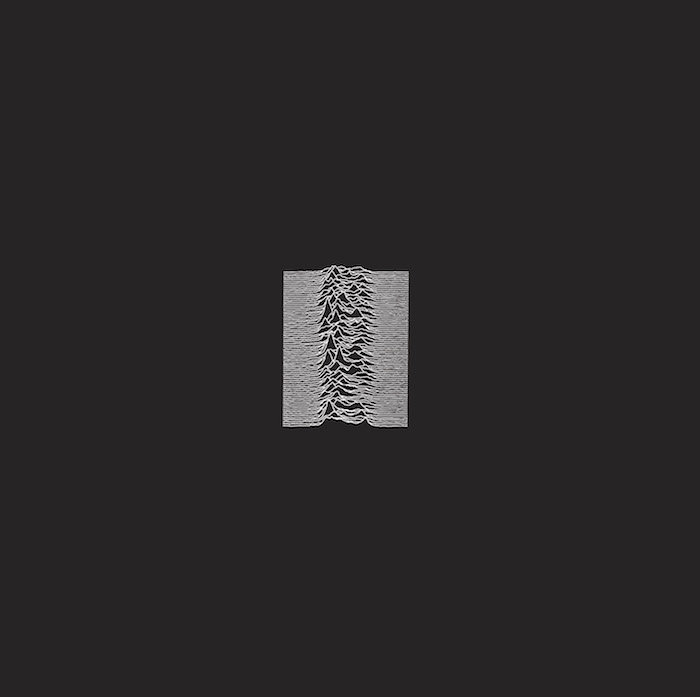 It’s easy to write off Unknown Pleasures now that it no longer signifies the romance of loneliness, depression and being an eternal misfit. After all, it’s easy to idealize a singer who never had to get old and embarrassing. We always want what we can never have. Legends such as Robert Smith and Siouxsie Sioux have had to live through the change of times and weather reality, and they’ve still managed to be relevant. In that way, I’ve often wondered if Unknown Pleasures would be a record that I grew out of.

After all, aren’t Joy Division just the Doors for people who aren’t Val Kilmer?

But no. Year after year, Unknown Pleasures survives, weathering the ravages of time and distance. Even as recording techniques improve and social media widens our cultural perspectives, somehow this record stays relevant.

Curtis sounds more vulnerable and less omnipotent with every year. And with every year that I get older, I hear how young and scared he was on this record. I hear a human voice grappling with the brutality and banality of the suburban middle-class existence it encountered everywhere.  I hear depression and hopelessness. I hear more than the T-shirt. I hear the real thing.

I hear a record that’s still a classic because I still hear the music.

Before “New Dawn Fades” became a Raf Simons’ T-shirt, it was a song where Curtis admitted: “It was me, waiting for me/Hoping for something more/Me, seeing me this time/Hoping for something else.” Curtis had the ability to gaze into the depths of the self and report back something that was both unflinching and deeply compelling. Far from simple bloodletting, Curtis was concerned with art and made reference to all the writers who came before him.

Before “Disorder” was a snappy drumbeat and sing-along staple of a New Order live show, it was Curtis’ brief springtime of life: the rush of the new, the excitement of the dance hall, socialization. “Could these sensations make me feel the pleasures of a normal man?” This is the brief hope before Curtis admits: “I’ve got the spirit, but lose the feeling.”

Before the film Control was winning awards for director Anton Corbijn, it was a reference to “She’s Lost Control.” Even then, “She’s Lost Control” was more than a song. It was a summation of all the promise that Joy Division carried. It was the most fascinating use of organic drums in an impersonal, mechanical song. It was a gorgeous, unexpected melody, smuggled in on a bass guitar. It was a fictional, third-person discussion of the personal struggles that Curtis had with epilepsy.

It was a brilliant new sound, clipped off before it had the chance to fade naturally.