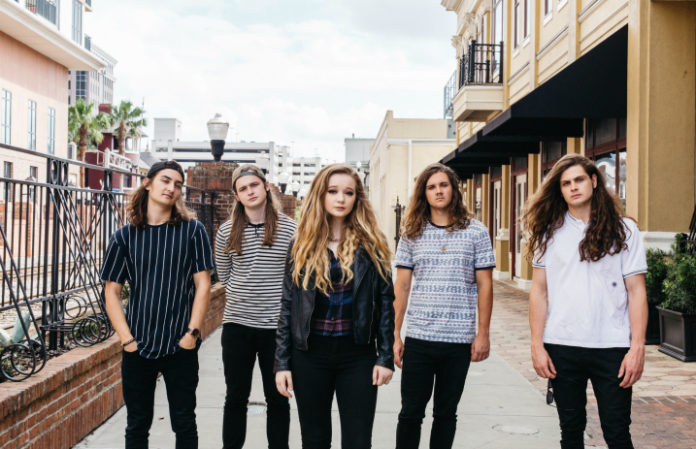 Weekday Records newcomer Jule Vera have exclusively released their new song “Show Me” off their upcoming album Waiting on the Sun.

“'Show Me' is about wanting to move forward in a relationship with someone when you are unsure of what your future will look like with them,” singer Ansley Newman says. “It's a love song that asks someone to follow through on their promise to create an amazing life with you. I love this song because the verses are very personal; they talk about things I've done when I've thought about my future with another person.”

Listen to the track below:

A combination of dreamy vocals and rock instrumental elements, the band from a small town in Alabama was previously listed on Alt Press’ “100 Bands You Need to Know” in 2015 and has since rocketed to popularity in the alternative-pop scene. Jule Vera will also be performing this summer on the Vans Warped Tour.

Waiting on the Sun will be released June 16 and is available for preorder on iTunes and the band’s website.

What do you think of the song? Let us know in the comments.