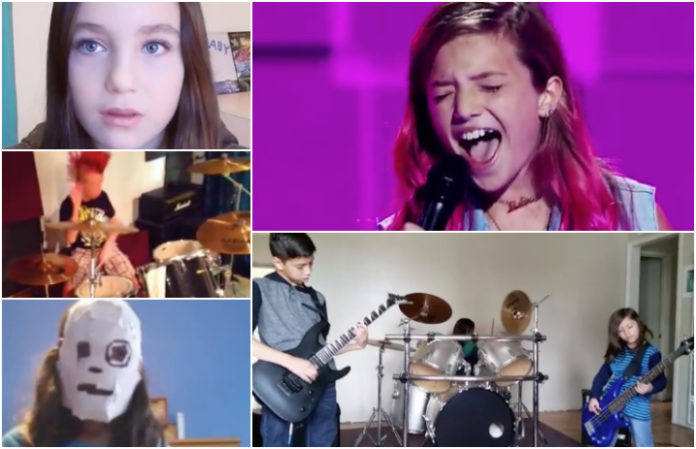 The children are the future, says everyone. This is especially true in terms of music: The only way some of the music from the 21st century will continue to be in circulation is thanks to the scene's youngest fans. After being exposed to this unique art form, they chose to put their own twist into it and record themselves covering their favorite songs. Here are 10 of our favorite covers performed mostly by 2000s kids.

Read more: The story of the greatest Pierce The Veil cover of all time

“The Ballad Of Mona Lisa” — Panic! At The Disco

It is absolutely no surprise that Panic! has already captured the loyal hearts of so many young fans, especially with their radio-friendly tunes that are so difficult to dislike.

“Still Into You” — Paramore

Hayley Williams has become a source of inspiration for young girls all around the world, and this is a perfect example of that: from the hair to the song choice. Even Good Charlotte's Madden brothers were impressed!

This rad little dude is not only a multi-instrumentalist, he also looks like he would literally be a member of Good Charlotte if they started a few years earlier than they actually did. That is one of the best red mohawks of the 21st century.

This band of young'uns has been involved in music since they were all in diapers. In addition to releasing their own songs under the name Pulsebeat, they also do impressive covers of songs by some of their favorite bands.

“Rum Is For Drinking, Not For Burning” — Senses Fail

This four year-old must be the coolest kid ever singing one of Senses Fail's first singles. We're not surprised she prefers the acoustic version now, but who knows what the future holds for this young rocker?

TWENTY ONE PILOTS, LINKIN PARK, PTV & MORE ON NEXT PAGE