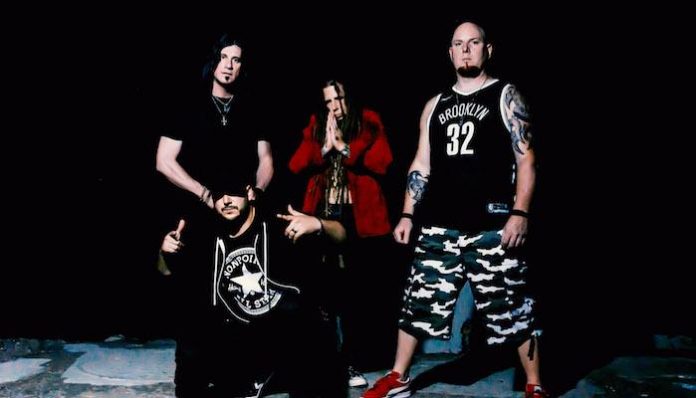 Remember that business deal you entered that went south? The bestie who put the boot in your ass? The soulmate who cast you aside? The members of KillSET do, and they’re bringing all the fury those emotions conjure on their new video for “Closure.” The track will appear on the band’s impending third album, Killin’ Spree.

“I think the song is pretty self-explanatory as far as the message,” frontman Luca offers. “It’s about getting closure. I believe everyone has had some type of situation in their life where they’ve needed closure. The track is about finally getting it and being able to move on in a positive direction.”

Luca is also stoked on the band’s hard-hitting performance video for the song, which the band co-produced with Eric Kalina.

“We couldn’t be happier with [it],” he says. “Director Kerry Porter [of Frontman Video Productions] came through again for us as always. The dark vibe really gets the concept across of the feelings and emotions that one might go through to break free from a bad situation, overcome and finally get closure.”

Check out the latest from KillSET, “Closure,” off their upcoming third album, Killin’ Spree.

Killin’ Spree is set for release later this fall. You’re going to want to remember this because if you think “Closure” slaps, wait until you hear “Burn,” their collab with Nonpoint’s Elias Soriano. Be very, very stoked…