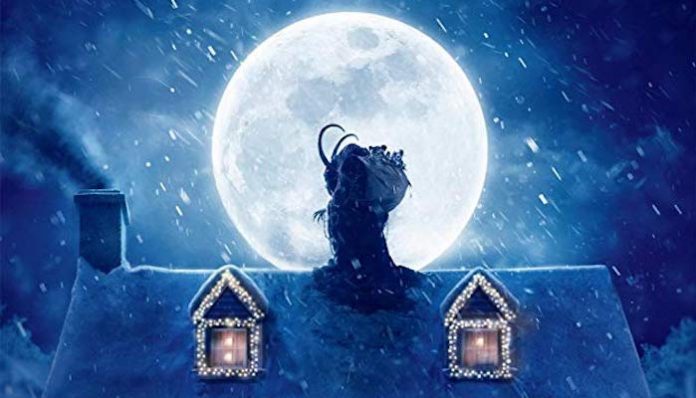 Dec. 5 marks the annual Krampusnacht, a massive celebration of the Christmas demon Krampus. You’ve seen him in movies, TV shows and probably on some more eccentric Christmas decorations, but most of America has him all wrong. Here are 10 surprising facts you probably didn’t know about Krampus.

Read more: This metal cover of “You’re A Mean One, Mr. Grinch” is incredible

1. Krampus is not the anti-Santa Claus

Ever since Krampus started making appearances in pop culture, Americanized versions of the Yule Lord have depicted him as the anti-Santa Claus. In some instances, he comes instead of Jolly Old St. Nick, stealing children to torment them or drag them through hell for a night, while in other depictions he battles the man in the red suit as if they were arch enemies. In Eastern European lore, however, he actually works alongside St. Nicholas with the two typically traveling from house to house together. Santa doesn’t need to carry any coal if he has a horned-beast by his side to punish the naughty children instead.

2. There’s more than one

Krampus is not one being. Though many people think of him as one pivotal figure in Christmastime lore, Krampus is just a qualifier for the type of horned demon that travels alongside St. Nicholas. There are in fact many, many Krampuses that could come to snatch you into their sacks for the night.

3. Krampus doesn’t come out on Christmas

In books such as Brom’s Krampus or the 2015 holiday horror movie of the same name, he tends to come to wreak havoc on Christmas Eve, but that’s not actually true. In most legends, he comes out on the night of Dec. 5, also known as Krampusnacht, the eve of St. Nicholas Day.

In Austria, parts of Germany and along most of the Alpine-region of Europe, it’s traditional to send out holiday cards from Krampus. These iconic cards date back to the early 1800s and tend to read “Gruss vom Krampus,” German for “Greetings from Krampus.” The cards depict images of Krampus stuffing children into sacks or whipping kids with chains and sticks. It’s definitely a change from the typical family photo card of everyone wearing ugly holiday sweaters.

5. Towns across Eastern Europe have Krampus parades each Dec. 5

It is quite common to run into a Krampuslauf (Krampus Run) on the night of Dec. 5 which is run by a local Krampusgruppe (Krampus troupe). This is sort of like a parade in which town members dress up as the Christmas demon, St. Nicholas and other lore-based figures and visit the townsfolk house by house staging theatrical performances for the families and warning the children of the town to be nice.

Various Krampuses from various Krampusgruppe get into staged “turf wars” refereed by people dressed as St. Nicholas each Dec. 5. This is called The Rempler in which two Krampuses stage a sort of shoving match, similar to a push pit at a hardcore show. If you visit Gastein Valley in Austria, you can see where this tradition is believed to have originated.

7. Krampus costumes are typically made by specialists for the Krampuslauf

A good costume worn during Krampusnacht can cost several thousand dollars. All over Europe, specialist craftsmen hand carve wooden masks for the event. The masks are so intricate and unique, there are even several museums in the Alpine region that display antique costumes from generations past.

8. Krampus was momentarily banned in Austria in the 1930s

The annual Krampuslauf was banned in Austria from 1934-1938 when fascists controlled the country. They believed Krampus was a symbol of sin and evil. Even though he is believed to work alongside St. Nicholas, the fascists felt he was too anti-Christian to be celebrated.

Though he’s probably the most well-known Christmastime demon, there are many variations of him throughout Europe. Some parts of Germany talk of Knecht Ruprecht, a Krampus-like figure who dons a dark hood and carries children into the depths of hell. In parts of France, this legend is known as Pere Fouettard, translating to “Father Whipper,” and in Switzerland, he is known as Schmutzli.

10. You can now celebrate a traditional-style Krampuslauf in the U.S.

Krampus has become quite a phenomenon in the United States, and many cities have been working to bring the traditional celebrations of Europe to America, rather than just depicting him incorrectly in pop culture. Los Angeles, Chicago, Philadelphia and many other major cities across the country now host annual Krampuslaufs and Krampus Balls each December, where you can dress up as the Christmas Demon and run amok through the street