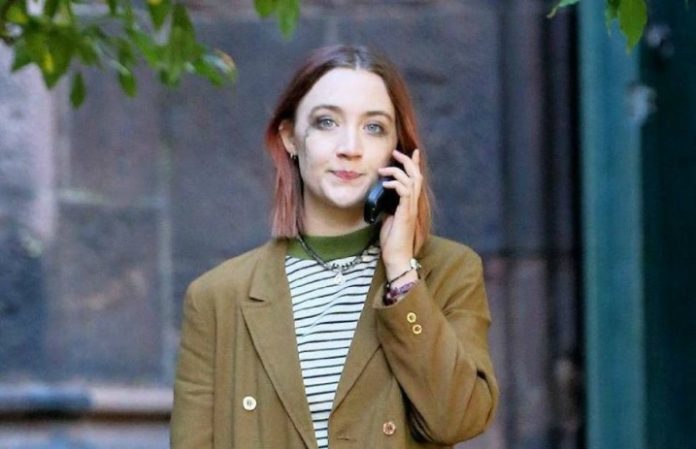 Lady Bird, directed by Greta Gerwig, is powering its way to the forefront of nearly every Oscar’s conversation, buoyed in part by being the best reviewed movie in the history of Rotten Tomatoes. At this moment, it’s sitting at 100 percent Fresh with 189 reviews. Toy Story is currently sitting at No. 2 with a 100-percent rating and 163 reviews.

This coming-of-age tale serves as a perfect escape from the world we live in today, where seemingly every other major male player in the entertainment and political world is revealed to be an abusive cretin, content to prey on his vulnerable subordinates. Lady Bird is a world created by Gerwig and inhabited by Saoirse Ronan, who plays the titular character of Christine “Lady Bird” McPherson. This world, seen from the eyes of brilliant and talented women, is more than just a breath of fresh air: It’s the chance to enjoy something where the thought of “OK, do I need to reconsider my affection for this movie?” isn’t a lingering voice dancing in the background.

This escapism is what movies are supposed to be all about. They’re supposed to provide audiences with the chance to unplug from reality, sit back and enjoy a world as seen by someone else. They’re supposed to help us think, and feel, and just take a moment to not feel overwhelmed by the constant torrent of bigotry and impending sense of doom. Gerwig deserves every accolade and success that will inevitably come her way following the success of her solo writing and directorial debut, but it can get tedious to just watch one movie over and over until the end of eternity. Instead, why not enjoy other great movies directed by women?

Read more: Watch the trailer for film documenting the rise, fall and rebirth of the music industry

It was a toss-up between this movie and You’ve Got Mail, another romcom starring Tom Hanks and Meg Ryan, also directed by Nora Ephron. Whichever one you choose, it’s a heartwarming love story to brighten up a rough day.

Eddie Murphy talking to animals is a great premise on its own, and Dr. Dolittle, while very dated, still holds up as an entertaining watch. He’s joined by a stellar cast, both voice and live action, that includes a young Raven-Symoné, Jeffrey Tambor, Ellen DeGeneres, Chris Rock and more.

Say hello to the only good movie in the latest DC Cinematic Universe. Director Patty Jenkins had to wait four years to make her return to the world of comic book movies after leaving Thor 2 over “creative differences,” but she eventually won that battle. Wonder Woman is amazing, and Thor 2, other than a spectacular end fight scene, is the worst movie in the Marvel Cinematic Universe.

Nearly every sequel DreamWorks Animation created has been better than the original, and Kung Fu Panda 2 was just the second movie to set that trend. Jennifer Yuh Nelson, who was head of story for the first Kung Fu Panda, took over the lead role, and returned five years later to direct the third movie in this franchise.

Elizabeth Banks, who produced and portrayed one of the two announcers in the first film, stepped up as director, while still staying on as a producer and actress. She handed off the directorial reigns for Pitch Perfect 3 to Trish Sie, who is best known for directing the fifth Step Up movie and several OK Go music videos.

Jennifer Kent made her writing and directorial debut with this truly terrifying movie about a mother struggling to handle her 6-year-old son, who begins to see a monster. It’s a bit past horror movie season, but this could be the perfect choice to fit right into a Christmas movie marathon to break up the monotony.

Mary Harron, director and co-writer of this movie, almost lost her position as director when she and Christian Bale were replaced by Oliver Stone and Leonardo DiCaprio before DiCaprio left to star in The Beach. Good thing, too, because imagining anyone other than Bale playing Patrick Bateman just feels weird.

Lindsay Lohan made her film debut in The Parent Trap, playing identical twin sisters hoping to get their parents back together. A bit like Nora Ephron, Meyers has several top-notch films under her belt, including The Holiday and The Intern.