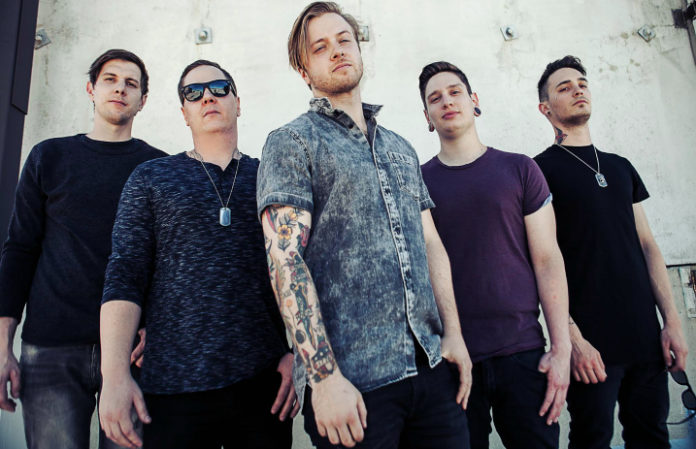 “In a time where the world seems so divided and our generation's words sometimes seem to fall on deaf ears, we wanted to touch on subjects that we feel strongly about as well as provide a positive message,” says Ben Lionetti about the politically tinged new video. “Regardless of race, gender, political view, the bottom line is we are all here now, we are all human beings with dreams and aspirations; and the decisions we make now directly affect the future of our world. It may sound cliche, but it's very true. It's a message that means a lot to the band and something that came about very naturally from writing to filming. Thank you to our friends around the world who helped us with the video we had a lot of fun making it and we hope you enjoy it!”

You can hear “Future” on the band's upcoming debut EP 41—expected August 4 via Outerloop Records. 41 was produced by Ken Susi of Unearth (The Contortionist, Madball) and is available for pre-order here.

Lakeshore describes their sound on the EP as “a pure new energy with a nostalgic feel, formed by a relentless cast set on defining a new era of music.”

Check out the album art below:

What do you think of Lakeshore's new video? Let us know in the comments below!