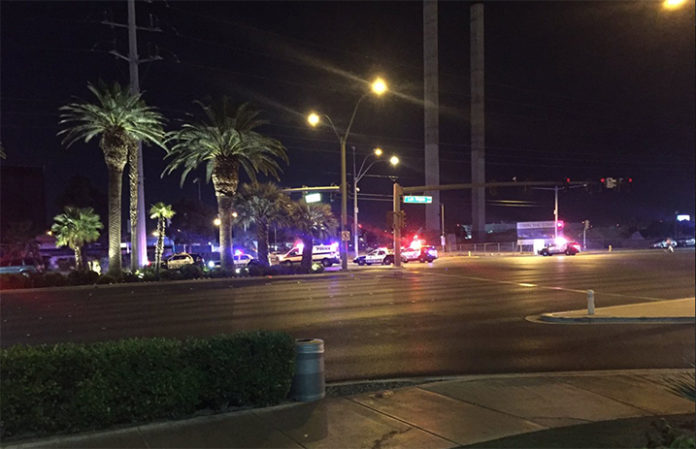 50 people were killed and more than 400 injured when a reported lone gunman opened fire into an outdoor country music festival in Las Vegas last evening, Oct. 1.

The world has responded with heartbreak as the events unfolded, and musicians have shared their thoughts and love while mourning with those who lost loved ones in what is the deadliest mass shooting in U.S. history.

See their responses to the tragic news below:

Brendon Urie, Panic! At The Disco

Sending my love to Las Vegas. Rough news to wake up to. Stay safe and be good to one another.

There are no proper words to express to Las Vegas right now. Thoughts, love, strength, and everything possible to them right now.

To Write Love On Her Arms

Concerts are a celebration of music and life and community. To those affected by the senseless violence in Las Vegas, we mourn with you.

Deeply saddened by the news in Las Vegas. Thoughts and prayers to the people there. This is a very sad day.

Absolutely horrified about the shooting in Vegas. Filled with confusion and sadness for everyone

What a fucked up world we live in. Feeling really bad for all victims of the Las Vegas shooting…

Vegas, our hearts are with you… this senseless act of terrorism makes us sick and furious. There is no room for that in this world. ��

I will never understand why miserable people choose to take others out with them. So sad.

Horrified & sick hearing about Las Vegas. It's sad that we're so numb to mass shootings we barely notice them unless it's on this scale.

Laura Jane Grace, Against Me!

Sending love out to everyone.

This year has been filled with so much heartbreak & horror… I'm so sorry to anyone who's been effected by this earth & the evil on/in it.

There's so much to be said on these subjects but on the most basic human level, do not take for granted the love & the people around you

At the end of the day, all we have is each other. That's it. Body to body. Heart to heart. Human to human. Don't forget that.