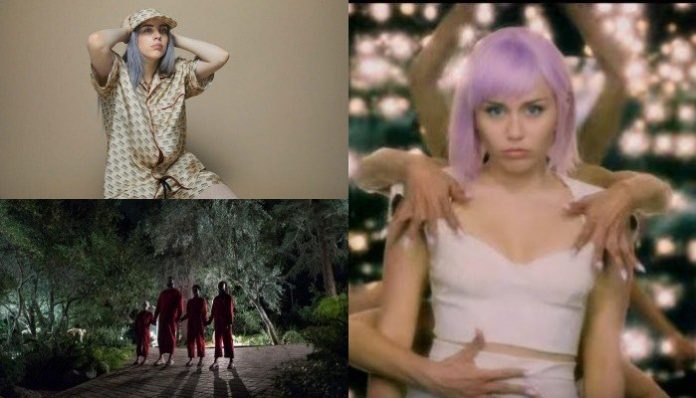 It’s almost Halloween, and it’s very likely that you might be freaking out as to what you should dress up as this year. With only 24 hours left until the big day, it’s crunch time to think of Halloween costumes you can pull off that is creative and recognizable.

Thankfully, 2019 has been quite an eventful year in popular culture. There have been so many memorable moments in music, TV, film and more that you can easily channel into a costume. We’ve come up with 10 last-minute Halloween costumes you can wear this year that are inspired by pop culture so you can spend more time binge-watching horror movies and eating candy instead of fretting about a costume.

The third Stranger Things season took Netflix by storm this year, with one of the most talked-about characters being Jim Hopper. This season, we saw him shift from his usual police officer uniform and sport a Hawaiin shirt that gave him an entire new cool vibe. To channel him this year, all you’ll need is a Hawaiin shirt and a pair of aviator sunglasses.

If you forgot to buy a costume this year, don’t fret. All you need is some green hair spray, some paint and a loud voice to embody Awsten Knight from Waterparks. The makeup is pretty easy—all you need to do is paint a big star on your face. Bonus points if you spend the entire night yelling nonsense in the style of the vocalist’s iconic tweets.

Ryan Reynolds as Detective Pikachu was one of our favorite movie moments of the year, and it’s not that difficult to portray the character yourself if you can be creative enough. First, you’ll need an all-yellow outfit and a cute baseball hat. Then, you will just need to add some blush to your cheeks and carry around a magnifying glass, and everyone will be jealous of your simple but cute costume.

This Billie Eilish costume is perfect for people who don’t want to have to change out of their sweats to go to the party. All you need is baggy sweatpants, an oversized hoodie and a few layered necklaces. You can add in a little blue hair spray paint and some chic sunglasses to make this look even more recognizable.

This season is AHS is plagued with ’80s-inspired characters who would be perfect to channel in your last-minute costume. You can rock a mullet and some blue eyeshadow to be Montana Duke (Billie Lourd), or grab some glasses and a clipboard to be Margaret Booth (Leslie Grossman). If you want to go with an even more low effort, try a costume inspired by Trevor Kirchner (Matthew Morrison) with a fake mustache and a gold chain.

This is the costume to wear when you’re literally about to head out the door to a Halloween party and have nothing to wear. Go to your junk drawer and find some pipe cleaner and googly eyes. While you might not look exactly like the goofy character from Toy Story 4, people will at least appreciate the effort.

7. YUNGBLUD in his “Parents” music video

A YUNGBLUD costume inspired by his “Parents” music video is definitely the most risque thing on this list, but it’s easy to accomplish. You’ll need a pair of tighty whities, some smudged eyeliner and a fake gun. You’ll definitely turn heads, and people with good music taste will commend the creativity.

8. The Tethered in Us

Jordan Peele’s Us was definitely one of the freakiest films we saw in 2019, and it’s easy to pay homage to it with a costume this year. All you will need is an all-red outfit and a pair of scissors. You can make it even more convincing by walking around with mechanical movements and having a menacing look on your face.

While Black Mirror has sprouted many memorable characters, none stand out as much as Miley Cyrus as Ashley O. and her renditions of classic Nine Inch Nails tracks. To perfect this costume, you will need a short purple wig and a microphone. The best part about this costume is that it gives you an excuse to request “On A Roll” everywhere you go.

It’s hard to think of any Marvel costume being last minute, as most of the characters would involve intricate makeup looks and superhero suits. However, to be Nick Fury from Spider-Man: Far From Home, all you will need is a trench coat and an eye patch. Bonus points if you get a friend to wear a spidey suit with you.

What are you pulling together for your Halloween costumes? Sound off in the comments down below!