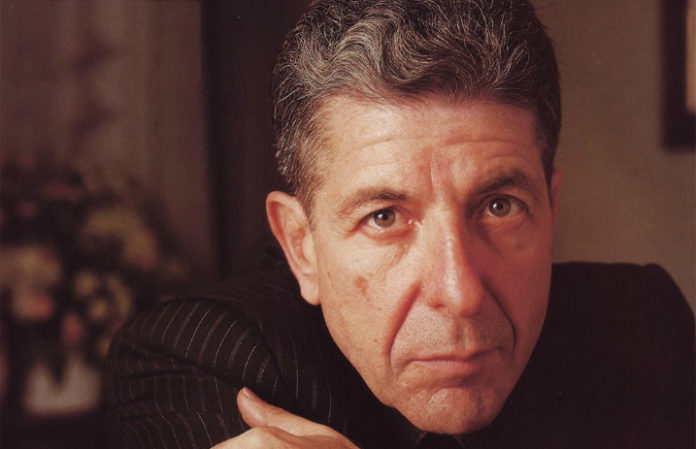 Last night, this writer was walking to his car after a show when he heard two middle-aged men walking out of a brewpub. They were discussing the artistic contributions of Leonard Cohen, the influential singer-songwriter who passed away yesterday at 82. A few lines were spoken about his output, but then the discussion turned cynical when they started imitating casual music fans vastly unaware of Cohen’s output, only ever recognizing his eternal 1984 track “Hallelujah” from its inclusion on the soundtrack to the wildly popular animated film, Shrek. (That version of the song was performed by Rufus Wainwright; the most popular version was recorded by the late Jeff Buckley in 1994.) Granted, amazing talents that appeal to a cult audience are nothing new. But despite the Canadian-born polymath starting his career in the tumultuous ’60s, when assorted possibilities of popular music and a genuine counterculture were taking place, Cohen didn’t really get the sales or the visibility enjoyed by similar folk-rock icons as Bob Dylan and Simon & Garfunkel. Yet his moody, lugubrious voice supported with austere arrangements coupled with his dark ruminations have remained positively iconic.

But this isn’t the place for a think-piece diatribe on why Cohen wasn’t revered enough as an artistic treasure. His influence has been embraced in various channels of underground rock, from confessional singer/songwriters (PJ Harvey, Lana Del Rey) to gothic-rock cornerstones (Sisters Of Mercy were named after a Cohen song; his influence on artists as Peter Murphy and Nick Cave is completely undeniable) to wry acknowledgment (The late Kurt Cobain sings of a “Leonard Cohen afterworld” in Nirvana’s “Pennyroyal Tea”). Consider that Austin Carlile of metalcore masters Of Mice & Men semi-facetiously suggested that AP invite Cohen to the APMAs. The measure of any great singer/songwriter isn’t about the posturing but the connections the work makes with the people who hear it. While Cohen was old enough to be a (great) grandparent to the majority of AltPress readers, his tales of darkness and fear undercut with light and optimism will continue to reflect the human condition in a way that denies the calendar, let alone dates on the birth certificates of anyone listening. Songs like “Chelsea Hotel” (“You fixed yourself/you said, ‘Well, never mind/We are ugly but we have the music’”), “Come Healing” (“Oh troubled dust concealing/an undivided love/the heart beneath is teaching/to the broken heart above”) and the aforementioned and glorious “Hallelujah” (“All I've ever learned from love/was how to shoot somebody who outdrew ya”) reveal lyrical jewels from the first to 500th listen.

In these perilously uncertain times, we need to find comfort and grace wherever we can. His magic will always resonate in the hearts of everyone from the middle-aged father panicking on how to provide for his family to the frightened teen curled up in a Twenty One Pilots hoodie. “There is a crack in everything,” Cohen sang on his 1992 song “Anthem.” “That’s how the light gets in.”

“You fixed yourself/you said, ‘Well, never mind/We are ugly but we have the music’”