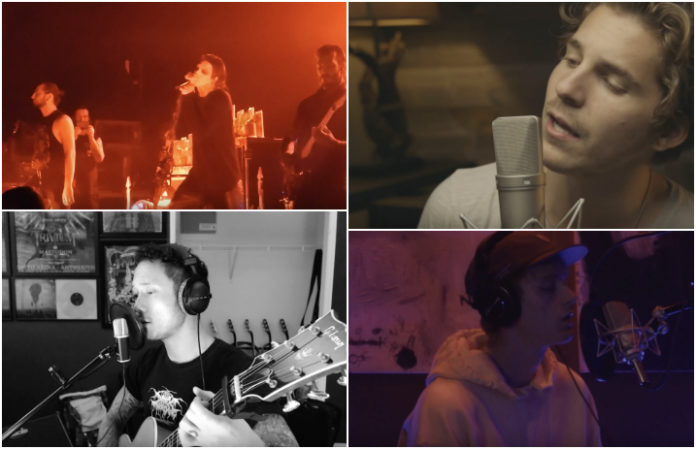 As the world mourns the loss of Chester Bennington, musicians are honoring the Linkin Park frontman with special covers of some of the band’s biggest hits.

See touching covers dedicated to Bennington and his influence on the music world below.

Chris Martin paid tribute to Bennington on Tuesday night (Aug. 1) in New Jersey, performing a beautiful piano rendition of “Crawling.” “I know this is probably going to end up on YouTube, so I want to do it right,” Martin said after restarting the song.

Mike Shinoda was in the crowd. I'm not crying, you're crying. https://t.co/5x9zrzOpJF

Members of Periphery and From First To Last cover “Shadow Of The Day”:

The weekend following Bennington’s death, Spencer Sotelo and Matt Halpern of Periphery and Taylor Larson, formerly of From First To Last, released a cover of “Shadow of the Day,” off Linkin Park’s 2007 album Minutes To Midnight.

Last month, shortly following Bennington’s death, MIW covered “One Step Closer” at a show in Corpus Christi, Texas. Before performing, singer Chris Motionless said: “I don’t think to our fans it’s been any secret that Linkin Park have been a very strong influence on our material over the last couple of years. Linkin Park has meant a lot to a lot of us in this band. It’s one of the first bands in the genre that got me into a lot of the band’s that came after. I owe a lot to the Hybrid Theory album as a person and I know it means a lot to the guys in this band. And not just Hybrid Theory, but a lot of albums that followed – a lot of masterpieces from Linkin Park.”

Posted a few days ago, on July 28, MGK shared a cover of “Numb,” with the video description stating simply: “Forever a fan. Rest peacefully Chester.”