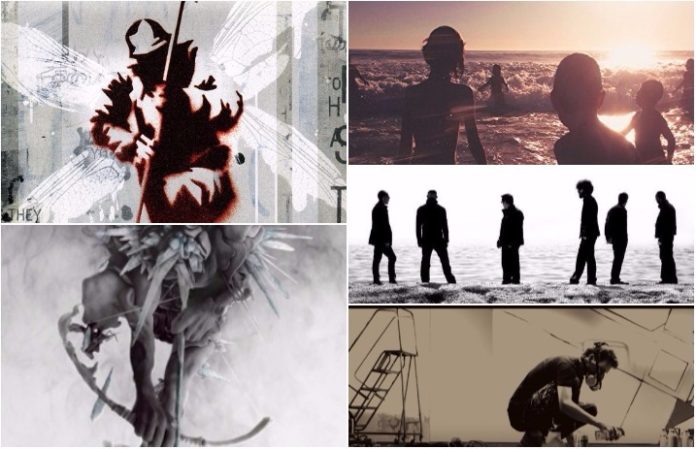 It’s no secret that Linkin Park tracks are often fraught with emotion and pain. We’re all aware of the massive singles they’ve had over nearly the last two decades. But if you really delve into the back catalogue, you’ll find overlooked tracks that hold more depth than you probably realized.

A particularly special cut from A Thousand Suns, “Robot Boy” combines incredibly inspirational and positive lyrics with numerous vocal layers to create a track that’s stunning in every way. While it may not start especially positive, once the outro vocals kick in with “Just hold on/The weight of the world will give you the strength to go,” everything suddenly feels OK.

“I’m my own casualty/I fuck up everything I see!”

A return to the powerhouse that early-’00s Linkin Park were, The Hunting Party was furious in all the right ways—especially with this opener. Referring to being your own worst enemy, a devastating truth that is littered across their back catalog, “Keys To The Kingdom” is no-holds-barred, in all senses of the term.

“It’s easier to run/Replacing this pain with something numb”

“Easier To Run” is one of those often overlooked tracks. The coupling of Shinoda and Bennington reinforcing each other’s sentiments in that classic styling and embracing each other’s depths is everything that Linkin Park instilled in us growing up.

Easily one of the barest Linkin Park tracks recorded, the simplicity of the electronic strings and Shinoda’s vocals with Bennington’s incredibly delicate backing vocals, leave the words completely vulnerable. A huge move for the band considering, up to this point, all we’d known of them was raging nü-metal tracks, “In Between” puts Linkin Park, at the time, at their most experimental, leaving themselves open to criticism and emotional vulnerability.

Filled to the brim with longing, this Hybrid Theory bonus track strips away the immediacy of the bulk of the album and instead lets a slow piano line, with slight nü-metal influence, take charge. As Bennington repeats the same pain he felt across the repetitive verses, Shinoda’s ghostly vocals cut through a pre-chorus, leading to more of Bennington’s yearning. It’s impossible to not get caught in the blizzard of loneliness that’s painted throughout.

“Blackbirds,” a bonus track from A Thousand Suns, begins with an urgently paced, distant rap by Shinoda, but then falls to Bennington and a soft guitar line. The pre-chorus offers advice of: “It’s harder to start over/Than it is to never have changed,” which, in all its earnest wisdom and paired with the rest of the track, may lead to the idea of drugs; but they’re solid words, nonetheless, that can be appropriated to anything, a gift Linkin Park have always had.