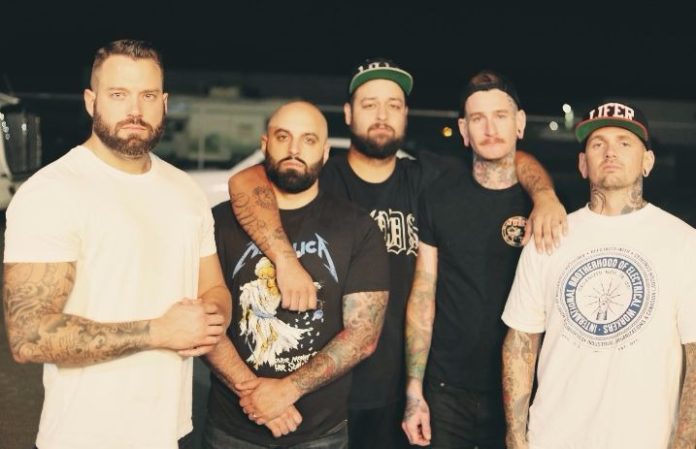 The five piece started up in 2004, and since then, members have gotten married, had kids and developed full-time careers. After 12 enriching years of writing, recording and touring, Lionheart collectively decided to split up the band to concentrate on these other aspects of their lives. They were so sure that this was the end that they didn’t even consider going on hiatus.

However, almost as soon as they had disbanded, they completely and utterly regretted their decision.

“We fucked up,” vocalist Rob Watson says. “Everybody missed it immediately. That’s life. That’s how it goes; people make bad decisions all the time. We should never have broken up. We should have just taken a break.”

After the announcement, the whole band became aware of a huge void in their lives. They would still go to gigs as punters, but being in the audience and not on the stage cultivated a foreign and uncomfortable feeling. Watson and guitarist Evan Krejci decided to keep writing together. They were enjoying the process so much that the pair even talked about potentially starting up a new band, but it soon became evident that the style of the material that they were producing was all too familiar. “Once we started recording it and demoing it, it sounded like Lionheart,” Watson remarks. “It’s just what we write. We couldn’t put it out as a side-project because there was nothing different about it.”

The better part of a year went by without a peep from the group until their Belgian friends in fellow hardcore band, Nasty, finally convinced the guys to reconnect publicly when they invited Lionheart on a 17-date European tour–which kicks off later this month. After accepting the offer, the realization hit that the bandmates would have to announce to the fans and the hardcore scene at large that Lionheart were officially back in business.

Watson admits that he, for one, faced the situation with some trepidation and had to muster up the courage to do it. “Honestly, everybody was nervous that there was going to be a backlash, people talking shit,” Watson says. “We thought that the reaction was not going to be good, and we were willing to come back and deal with the heat because we missed it that much. But I would say 99.9 percent of the fans were actually stoked. The response was awesome. It was great, a huge relief. The people that don’t like us, didn’t like us in the first place and probably hate us more now–that’s fine! I don’t care. I want to make music again, I want to play again; I miss my friends, I miss the experience. People have said it was a publicity stunt to get money. Man, if you can show me someone in hardcore making money let me know about it. I’d love to meet that person!”

It’s been roughly 18 months since Lionheart took the stage and played a live show. Their next one will be in Bremen, Germany, and the band are psyched to be back on the platform where they belong. “I’m pretty sure we sound like shit right now because no one’s been practicing!” Watson says. “We had our first practice a few weeks ago, and some of the guys haven’t even played their instruments for over a year, so it’s a little rusty, but we’ll get there. I’m excited. I can’t wait.”

Listen to “Cursed,” off Welcome To The West Coast II, and watch the video for it below: